I was away this past weekend with some girl friends in Atlanta, so on Monday it had been about four days since I had seen J.  I was making homemade pizza for dinner (one of my favorite throw-together meals), when J came in carrying a covered cake stand. I took the stand, thinking it was mine that he was returning from a birthday party earlier this month, but was surprised when I realized that there was something inside. I opened it to find a delicious pumpkin, coffee scented cake. I was like, “What? When and HOW did you make this?!?” Apparently, this thoughtful fiance of mine was browsing the internet this weekend and ran into a tasty recipe on a blog (here) and just knew that I would love it based on the name: Pumpkin Spice Latte Cheesecake. So he got out his mother’s kitchen aid mixer, form spring pan, and went to the store to find all the ingredients (including almond flour, which apparently cost him $10! Who’s even heard of almond flour??).

It was one of the sweetest surprises–my three loves united: pumpkin, coffee, and sugar.  :) Here is a picture of the cake… he tried to make it look pretty with stripes like the picture on the blog, but I guess it was still a little warm. 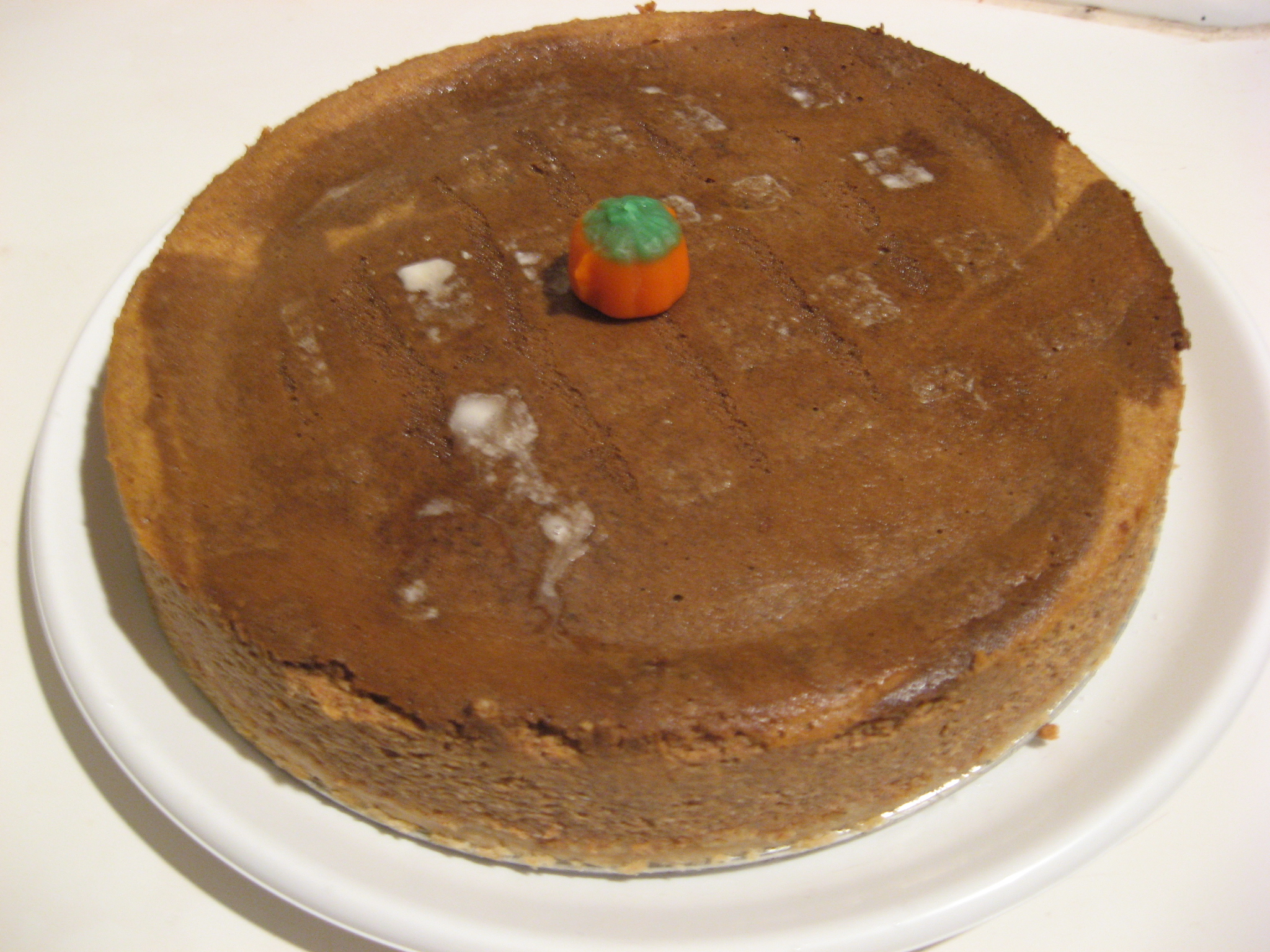 Isn’t he such a sweet, thoughtful fiance?? :)