For the past month I feel like every time I blog, it includes some to do list or complaint about the dreadful wedding favors. You’re probably thinking, Please stop talking about it and just get it done. Well, I am happy to say they are finally done and hopefully this is the last time I will talk about it.

I had the idea of these favors long before I was even engaged–maybe before I even met J. I had never seen it at a wedding, so I thought it would be original and awesome: A collection of family recipes from the bride and groom.

It was a simple idea, really, and never meant to become such a tedious, time-consuming project. The cookbook would be three back-and-front white sheets of paper folded under one cardstock cover (green or yellow), and bound with twine.

I started by collecting ten recipes from family members. I had most of my family’s anyway, it was just picking and choosing everyone’s favorites. Next, I collected and scanned childhood pictures. That took some time to round up, but eventually I got the ones I needed. Then it was time to format the document, get everyone’s approval, and print. I won’t go into the annoying details, but let’s just say I got to know the people at Staples very well this past week. After that, my living room was filled with 600 sheets of paper, an unraveled roll of twine and hole punches everywhere. It was quite the project but they are finally done! I just hope the guests will enjoy them.

Here is a little snapshot of two recipes from my family: 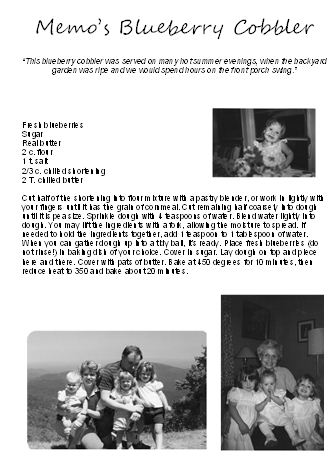 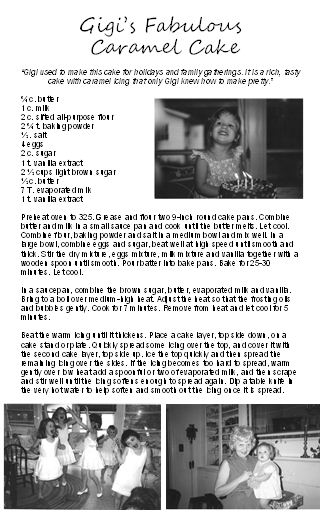 What is the coolest wedding favor you have ever gotten at a wedding? What favor do you plan, or did you have, at your wedding?