I’ll tell you mine first.

My current favorite is the Cooking Light Everyday Favorites cookbook. Some of you may remember when I bought the book last year. Our intentions were to buy a cookbook and make recipes together when I moved to North Carolina. We bought the book and began making anything that looked good, all the while documenting the date and our comments in the book.

I love the habit of writing in cookbooks. It is such a great reminder to me later how the meal was and what exactly I liked/disliked about the recipe. I used to not write in my cookbooks because I wanted to keep them in pristine condition—but that only translates to “not using at all,” and what’s the point of having a cookbook if you don’t use it? (I guess decoration. There are some beautiful cookbooks out there.)

Well, it’s been one year since we bought the book and we sure have made a significant dent in this cookbook. We have made over 20 recipes in the last year! (I suppose that is only a small dent considering there are 500 total, but for us 20 is a lot.)

I have a few other cookbooks, but this is the one that I refer to the most for new recipes. I like the pictures, the variety of menus, the nutrition facts at the bottom of each recipe, and the flavor of the meals. I’ll be sure to feature some of my favorites soon.

There have only been a handful of recipes we disliked and for some of them, I’m pretty sure it was my fault they turned out badly. (For example, it’s not the recipe’s fault that J disliked the sweet and sour chicken considering I overcooked it two hours longer than required. Oops.)However, my one BIG complaint about this cookbook is the binding. It is horrible! They should have made it a hardback, because it literally falls apart when I lift it.

Here are a few photos of the cookbooks and our comments in the last year: 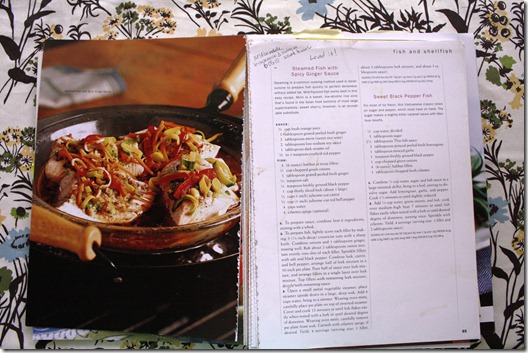 See what I mean? Terrible binding. It looks like we have literally beaten this book up and ripped it apart. No cool, Cooking Light. 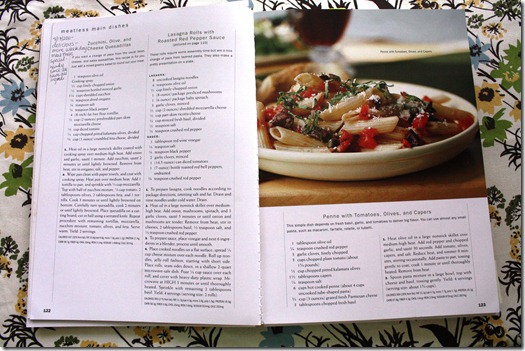 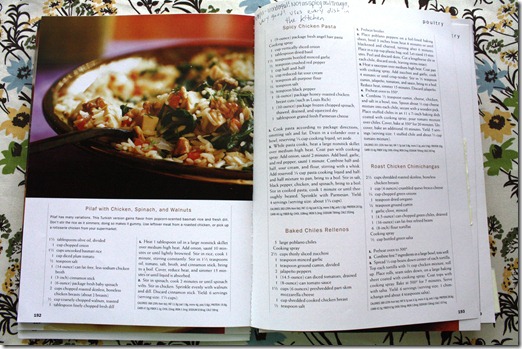 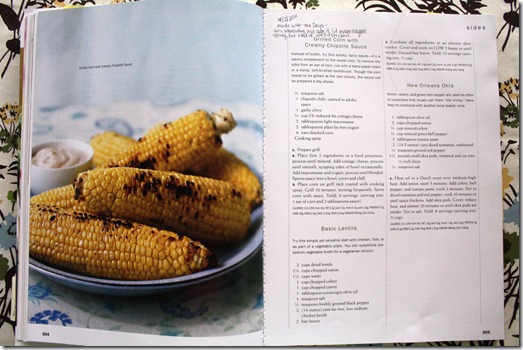 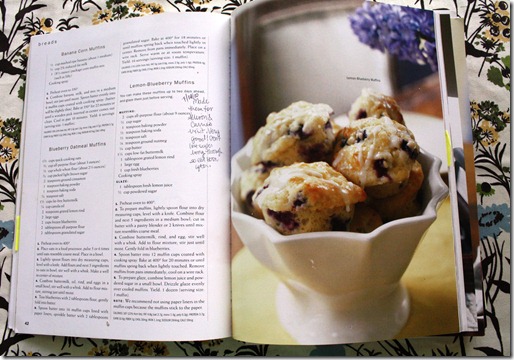 What is your favorite cookbook? What cookbook of yours is torn apart with comments and has page stained with spaghetti splashes? What cookbook has given you the most beloved recipes?