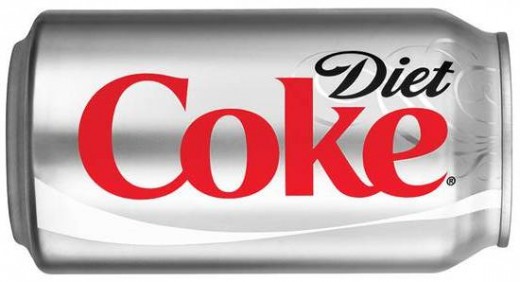 I was a casual DC drinker in high school and college. It wasn’t until I had my first job and worked 8+ days in an office that my affair with Diet Coke took off. You office-workers know what I’m talking about. You’re sitting at your desk at 2:45 pm and try your hardest to make the remaining afternoon hours go by faster. So you head to the vending machine and pop open a refreshing bubbly soda. Ahhh, day maker.

I did that for years. It wasn’t until Last September that I decided to kick this DC habit, for a couple of reasons:

1. It Made Me Snacky
It may be a zero calorie drink, but led me to crave many high-calorie foods. Like clockwork, every afternoon I would grab a soda and and naturally want a snack with it, usually something salty and crunchy to couple with my Diet Coke. Soda is just much more enjoyable when you combine it with something unhealthy. That’s why they include a “free” soda with any combo at fast food restaurants. Eating a double cheeseburger just tastes better when you wash it down with a soda.

2. It’s Expensive
You know I have to throw this one out there. Buying soda is a luxury. You don’t have to be rich to enjoy it, but it’s still an unnecessary beverage when pure, healthy water is available at your fingertips for free. I would spend a good $4 every week and a half on a 12-pack. When I forgot to bring one to work, it would cost me $0.75 in our company vending machine. Let’s just do a little math here, assuming I bought at least 2 a week at work and had an average of 9 a week, it would cost me approximately $3.50 a week on soda. (Okay, not bad, especially when you look at people who get coffees for $3 a day at Starbucks — that’s another topic for another day). But if you multiple that for a whole year, that is $190 you’re spending on soda. And that doesn’t even consider the sodas you get at restaurants or fast food joints for $1.50 a pop. It may not the most expensive habit, but I can think of so many other things I’d like to buy with $190 than something to drink.

3. It’s Filled with Chemicals
In addition to the snacking and expense, I started reading about aspartame and the dangers of artificial sweeteners. I was taking lightly the things that were going into my body. Do I really want to fill my body with chemicals and risk my good health, all for a zero-calorie drink? No thank you.

According to this dentist, Soda and other high sugar beverages are bad for you. Soft drinks can wear away prematurely the enamel on your teeth. Excessive consumption of any carbonated beverage can put your teeth in a high risk category for tooth erosion and stains.

According to experts you can find at https://dentistsofchattanooga.com/, on a experiment, 60.7 percent of children and 50 percent of adults drank a sugary beverage. While these figures revealed a decrease in modern soda consumption per capita, consumption is still high amongst certain populations, including minorities and adolescents.

Phosphoric acid that is present in most sodas is harmful to the enamel of teeth and causes erosion. This erosion can cause other problems such as sensitivity to hot or cold foods. The dye in soda can cause staining to your teeth, causing them to turn yellow or possibly brown in some cases, to get treated see this top teeth whitening nyc. It could also cause your teeth to rot, leading to dental implants (look up services like dental implant in San Francisco if this happens).

So last September I decided to quit.

Whenever I craved a soda, I would power through it and drink as much water as I could. I thought it would be painful and heartbreaking, but it really wasn’t and I found myself having more energy than I originally imagined. I even lost weight! It was the help I needed after gaining those Happy Pounds after getting married. I didn’t crave as much sweets or salty snacks and found myself eating an apple every afternoon instead of my diet coke (which I heard has the same amount of caffeine as a cup of coffee! I don’t know where I heard that, but I can attest that it does give you that afternoon energy you need in the office!).

I had gone a whole month without soda and decided to reward myself with a coke diet coke one day (a terrible idea, by the way. If you’re trying to break a habit, don’t reward yourself with the thing that you were  originally consumed with!). I couldn’t even finish that 8-ounce can. I got bloaty, snacky, and a headache after a half hour of taking my first sip.

And that was the end of my love affair with diet coke.

I’ll still have one every once in a while, but usually when I do I regret it and wish I had water instead. For anyone who is trying to, or thinking about quitting — just power through it and I think you’ll find it a rewarding break. Also, if water is too tasteless to drink, try sparkling flavored water. It’s delicious and much healthier.

I’d love to know your experiences with this topic:

Are you a Diet Coke addict? (No judgment here — I was for years!)
Do you drink soda on a regular basis?
Have you ever tried to quit drinking soda?