I’ve had the privilege this week to be off while I am in between jobs. I decided to spend the first part attacking a long to do list and spend the second half visiting friends and relaxing. I always overestimate how much I can get done when I have time off. Or maybe I have a romantic view of time for stay-at-home people, as if they have more hours in the day than I do. But really, these hours go by just as quickly as my Saturdays and I can only get done what I’m able to get done.

Nevertheless, my ambitions were high and I was determined to accomplish as much as humanly possible in these three days while time was on my side.

First Project: Errands. I joined the delightful population that shops during the day and got as much done as I could. This week I went to the post office, got my car inspected, dropped bags off at Goodwill, went to the car dealership for a recall, returned items, bought gifts for weddings, and took multiple trips to the grocery store. These are formidable tasks I dread doing in the evenings after work. I even got a small window to relax when I was waiting for my car to get inspected. Score! 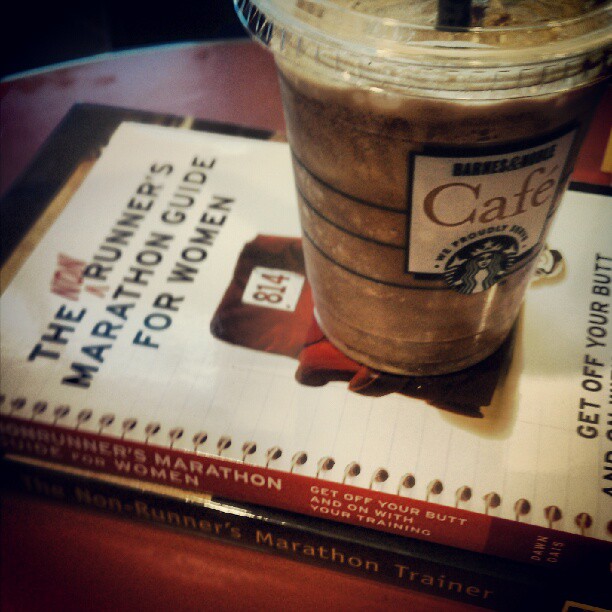 Second Project: Apartment De-cluttering. Like I mentioned before, I want to get rid of as many unwanted items as possible. I went through my clothes, my shoes, my books, my magazines, my office supplies — you name it and it was examined with the lens of “Have I used this or thought of this in the last year?” and if not, it was purged. I went to Goodwill twice and took out so much trash and recycling, I considered it my workout for the day.

It’s funny how little you have to show for de-cluttering though.  If you hadn’t been in my apartment during the afternoon to see the train wreck, you would have no idea the cabinets, drawers and closets got a makeover. Oh well, I guess a little junk removed goes a long way and we’ll be donating a lot more stuff before the month is over. 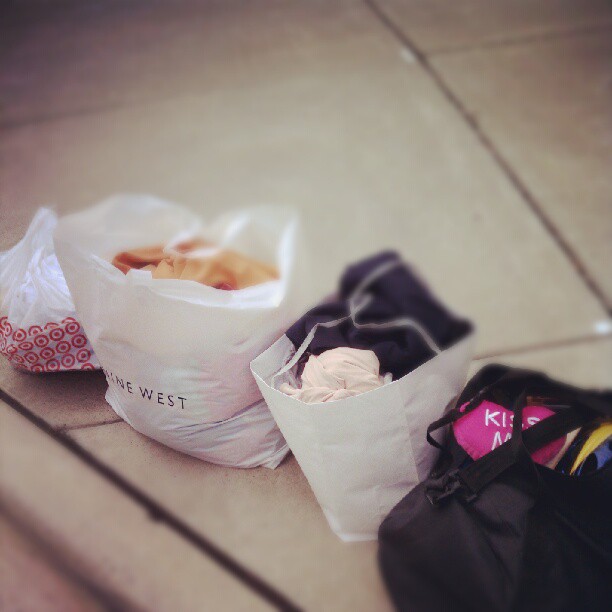 Third Project: Aspire to be the next DIY Blogger… or at least tackle a one little project on my Pinterest Board. I’ve been saying for over a year now, “Oh I’ll get to that whenever I have some time off.” So here was my week off. One of these projects was staining my coffee table. It was J’s table that he used in college, which means it once lived in a house of 8 college boys who did not believe in coasters. It’s a nice solid coffee table (see, I’m standing on it in the first picture below), but needed some major TLC so I entered a hardware store, chatted with an old salesman who pointed me in the right direction, and bought all of the necessary goodness to make it pretty.

It didn’t really work out how I anticipated. I bought a stain that looked like a nice dark, rich wood. Instead, it’s black. And looks like painted black at that, not even stained. I was really disappointed. But I think maybe with a nice rug (like this? or this?) and with a pretty tray of books it may look better?

All in all, these past few days have been very successful and I am pleased with all that I’ve been able to accomplish. Now for the fun part! Traveling the eastern coast visiting friends, eating tasty food, shopping for new clothes, and blasting my music before my summer vacation ends.