I’ve never had a really awesome New Year’s Eve. They’ve always been a little… anticlimactic. And yes, that is including the time I went to Time Square to watch the ball drop. I was cold, hungry, and it was a little too much for my introverted self.

This new years, though, I actually had a really good time! My friends Allison, Christen and I are running in the marathon together (less than two weeks now – yikes!), so we decided a months ago we would get together for NYE weekend to run our longest run before the race — 22.2 miles. They arrived Saturday with their husband and dogs in tow, and we had a very full and lively bunch in our small apartment! 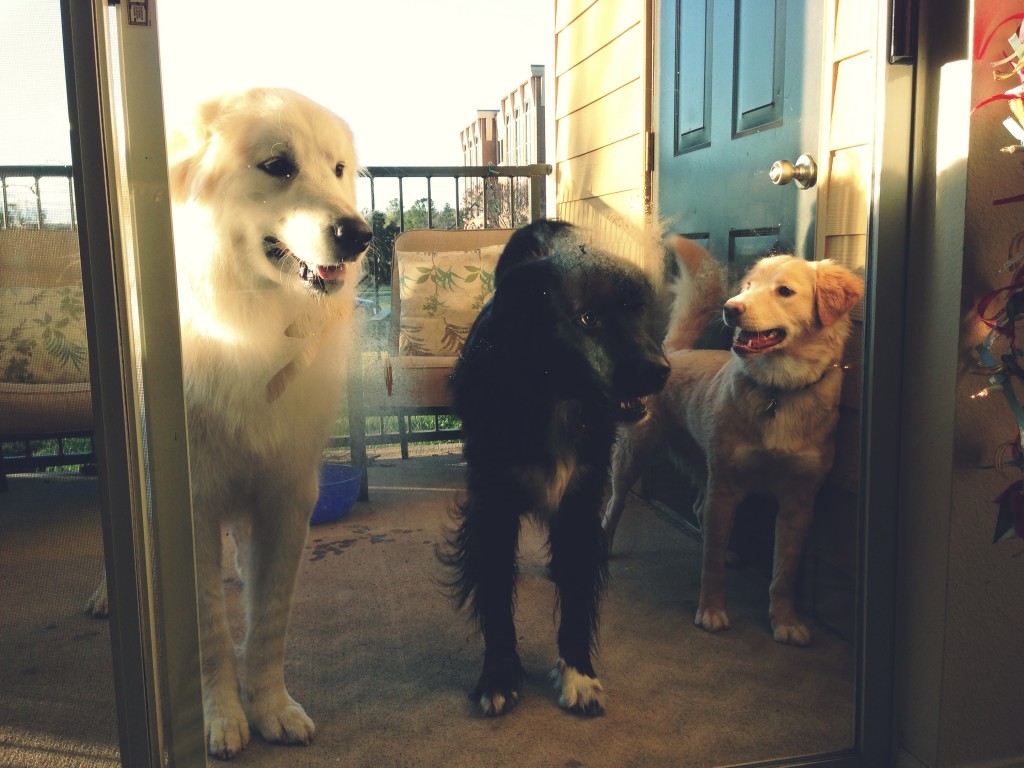 Sunday we ran our formidable 22-miler, then spent the rest of the day lounging around resting our sore muscles. Monday was Christen’s birthday, so we celebrated with a day of cinnamon rolls, mani/pedis, a few crafts, and prepared for our evening. 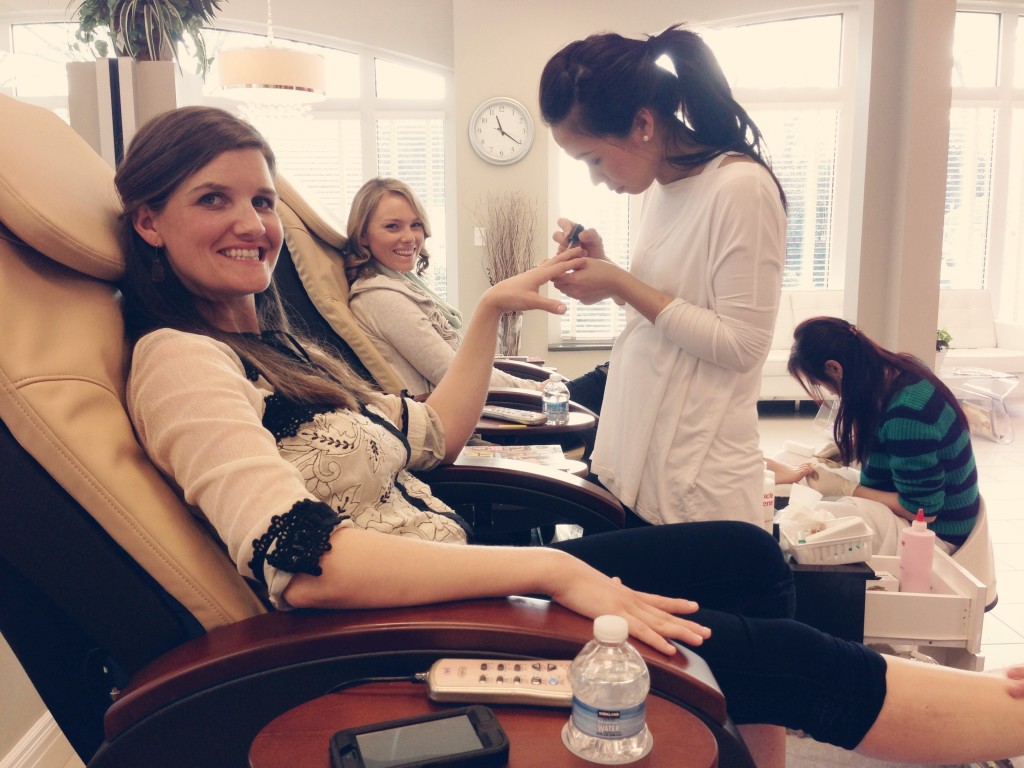 Since we couldn’t leave the three dogs at home to go out, we decided to have a glamourous NYE evening in. We dressed up (much to the chagrin of our husbands), lit a bunch of candles, turned on Rosemary Clooney, cooked ourselves a delicious dinner, and celebrated the new year in style. We ate a lovely, late dinner of london broil, brussels sprouts, and loaded baked potatoes. 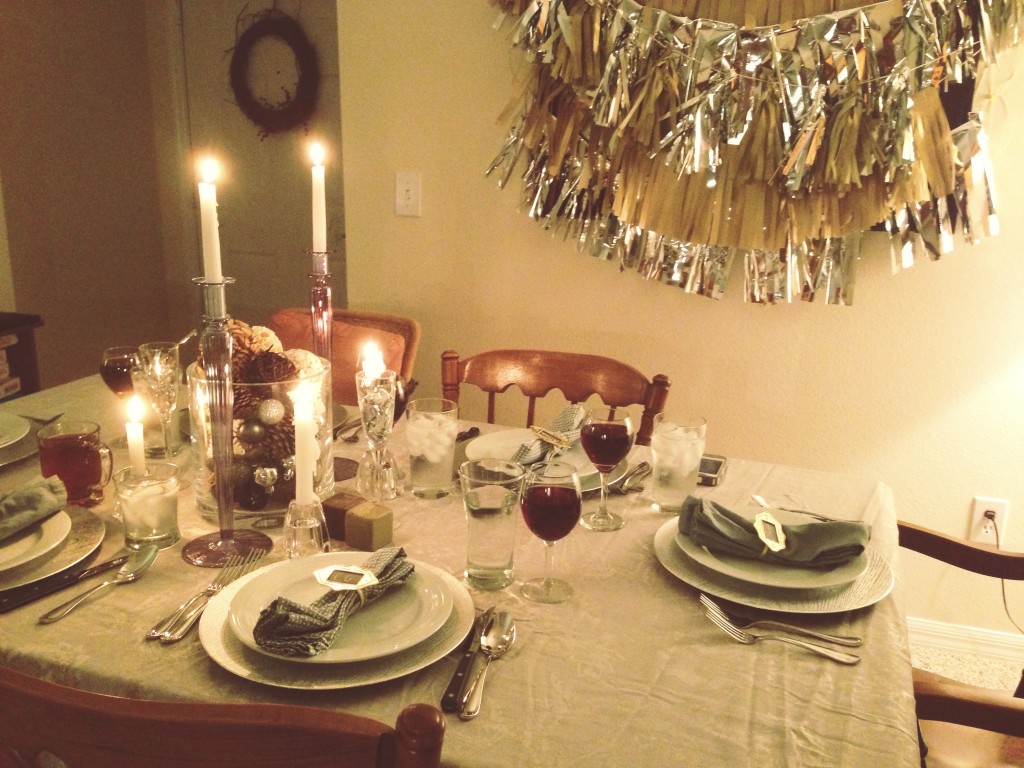 What’s the point of dressing up if you can’t take pictures? After dinner we moved out the table and created a little photobooth complete with props. I made the backdrop from tissue paper (very easy, I’ll share a tutorial sometime soon), and Christen brought a bunch of NYE props. What FUN! 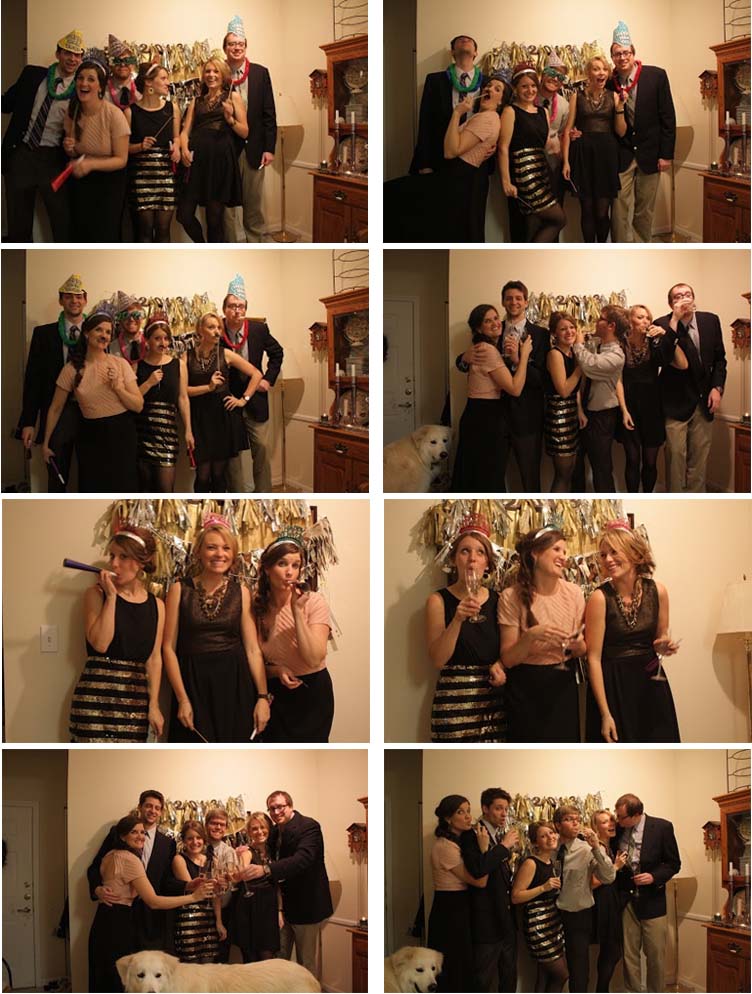 We also dressed the dogs up in bows and bow-ties, and they were so exhausted from playing for three days they didn’t care where we placed them: 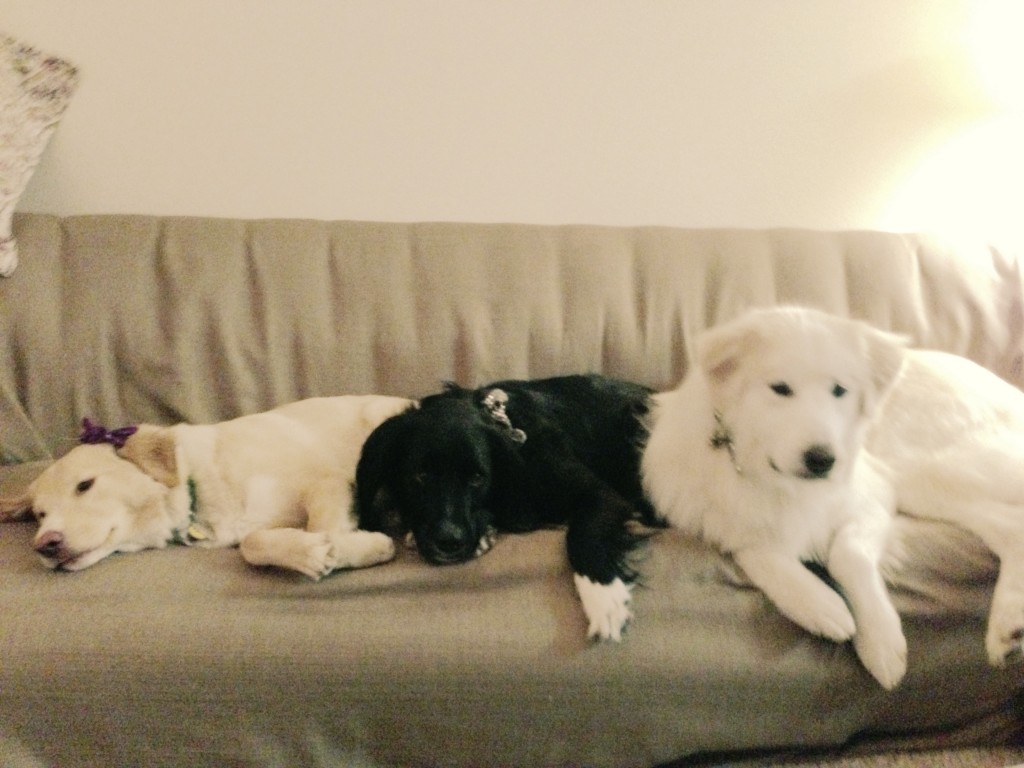 Then at midnight we cheered and toasted in the new year and watched the ball drop. It was by far the most fun I’ve ever had on New Year’s Eve.

How was your New Year’s? Do you do it big or try to keep things simple?