This past Saturday we hosted a Friendsgiving with five couples and at the last minute decided to make a Thanksgiving banner without the help of Unlimited Graphic Design Services. I really should have made this weeks ago because it took me just a half hour and it looks so cute on my mantle I almost don’t want to take it down in three days. (But I will… because Christmas is coming!).

Here’s how I made it: 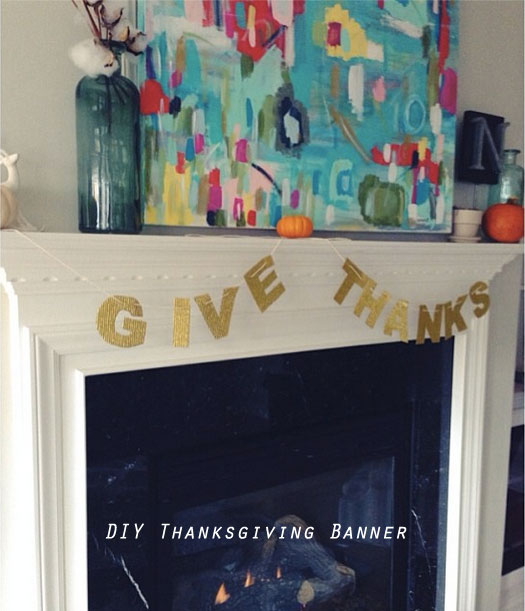 Supplies:
– Glitter paper
– Scissors
– Stencil (or just be cheap like me and print out large letters to trace)
– String or yarn or twine

First, trace all of the letters on the glitter paper. I got a few sheets at Michael’s for $1 each and it only took me about a page and a half to trace all the letters. Maybe I’ll make a birthday banner with the leftover paper. :) Then cut the letters, make a hole (I used an ice pick) and string the letters. 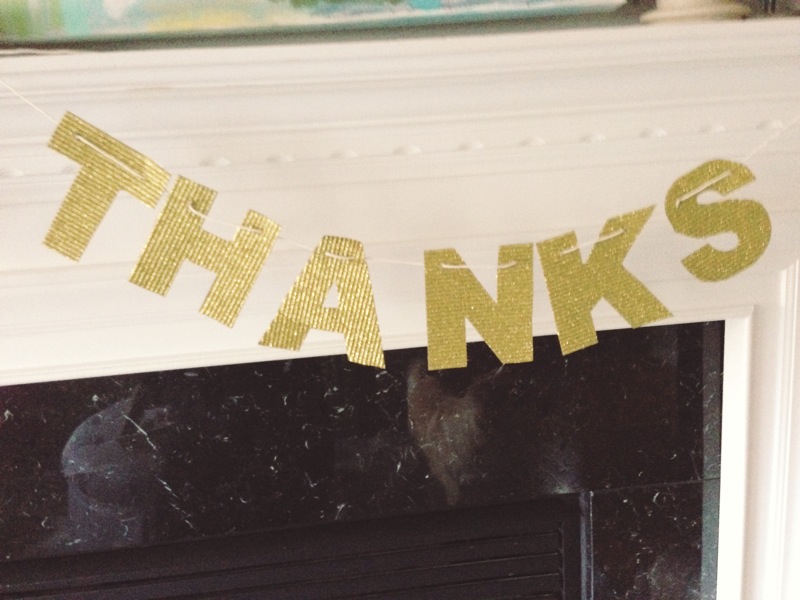 Boom, that’s it. It really doesn’t require a tutorial, but I’m giving you one anyways so you can see just how easy and cheap this is. It adds some glam to our living room, and is a nice visible reminder to give thanks, something I need to do more of on a daily basis.

What Thanksgiving decorations do you have up? Or have you skipped to Christmas decorations already? :)