If you follow me on Instagram, then you’re probably aware I went to Boston this past weekend… you know, considering I flooded your feed with photos from my trip. ;) Well, if you can’t get enough, here are more for you to see. This is one of those posts that is more for me to reference and remember later than for anyone else’s benefit. But if you’re from Boston and want to give a shout out, or are taking a trip there soon and want to see what we managed to do in three day (spoiler alert, it’s a lot), then pay attention. Otherwise, feel free to skip this post. :) 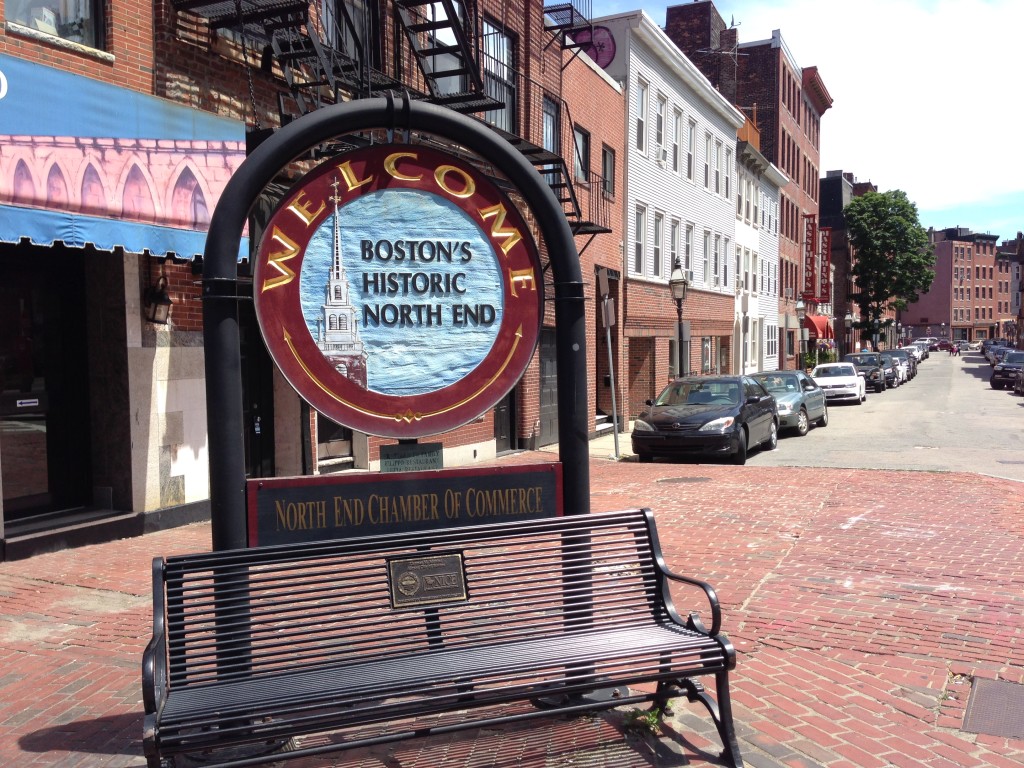 J and I planned this trip in February, when our calendar was still fairly blank and we were longing for an adventure in the summer. Our criteria for picking a city included:

a) Somewhere neither of us have never been before.
b) Somewhere in the same timezone, since we only had a long weekend.
c) Where no one we know lives. (We love our friends/family, but really didn’t want to feel obligated to visit anyone on our trip).
d) Somewhere not hot in June. (This ruled out all of the South.)

Boston was a match.

We left Raleigh Saturday morning very early and landed around 8:30 to give us the whole day to explore. We used Uber* to get from the airport to the apartment where we stayed, and it was so easy! We had a promo code for our way to and from the airport, so we only had to pay tip for our transportation to/from the airport. Highly recommend. *(Disclosure: This is a referral link, and you can get $10 off your first ride using promo code uberprettypennies.)

We decided to book our lodging with Airbnb* instead of using a hotel, since it was so much less money and more room. We stayed in this townhome in Charlestown, just a couple of blocks from the Bunker Hill monument. What a sweet little apartment! The couple lives upstairs and were so helpful in orienting us to the neighborhood and giving us tips on where to eat and things to do. It was the perfect location and was so nice to stay in a neighborhood where so many locals live, instead of a big hotel filled with out of town guests. *(Disclosure: this is a referral link, and you will receive $25 credit when you book using that link).

We also bought a three-day Go Boston pass in order to get as much out of our trip as possible. The pass was a little expensive ($220 total), but we bought it months before the trip so it didn’t feel such a burden. After the trip we added up all that we would have paid, and saved over $130 by using the pass. All of the attractions we did on our trip were free with the pass, so all we really had to spend money on was transportation and food while we were there.

After we dropped off our bags, we walked into Boston, which took just 20 minutes following the Freedom Trail into the North End. 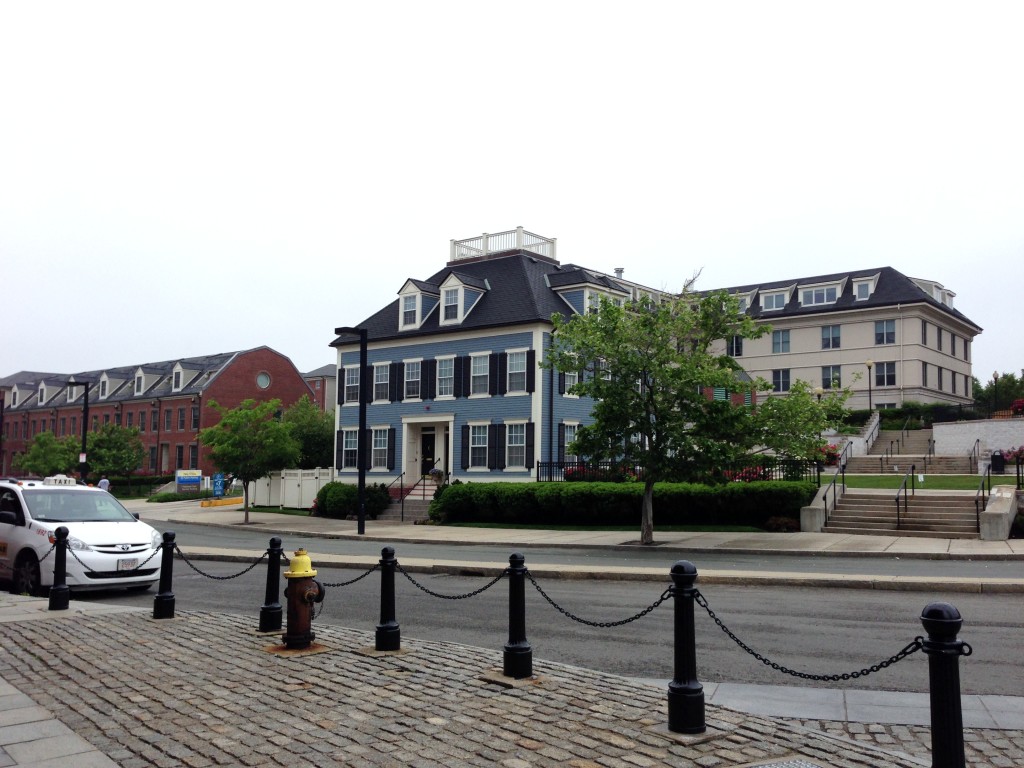 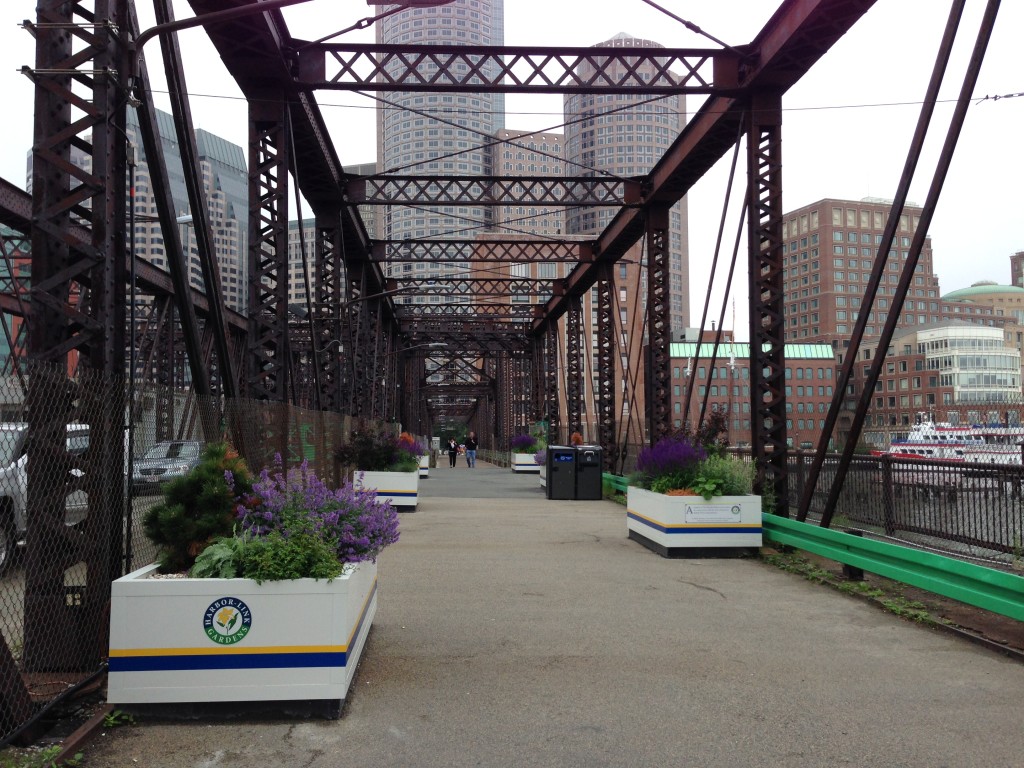 The day started off misty and cloudy. We walked down to the aquarium, then to the Seaport District to tour the contemporary art museum, then back up to the North End for lunch. 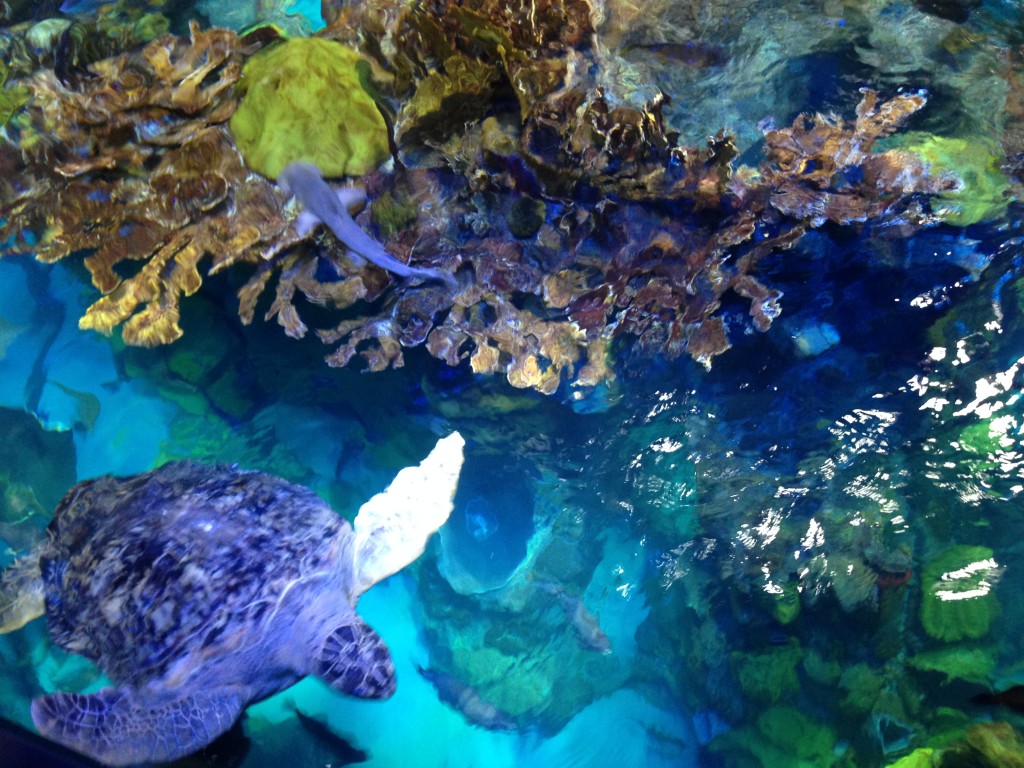 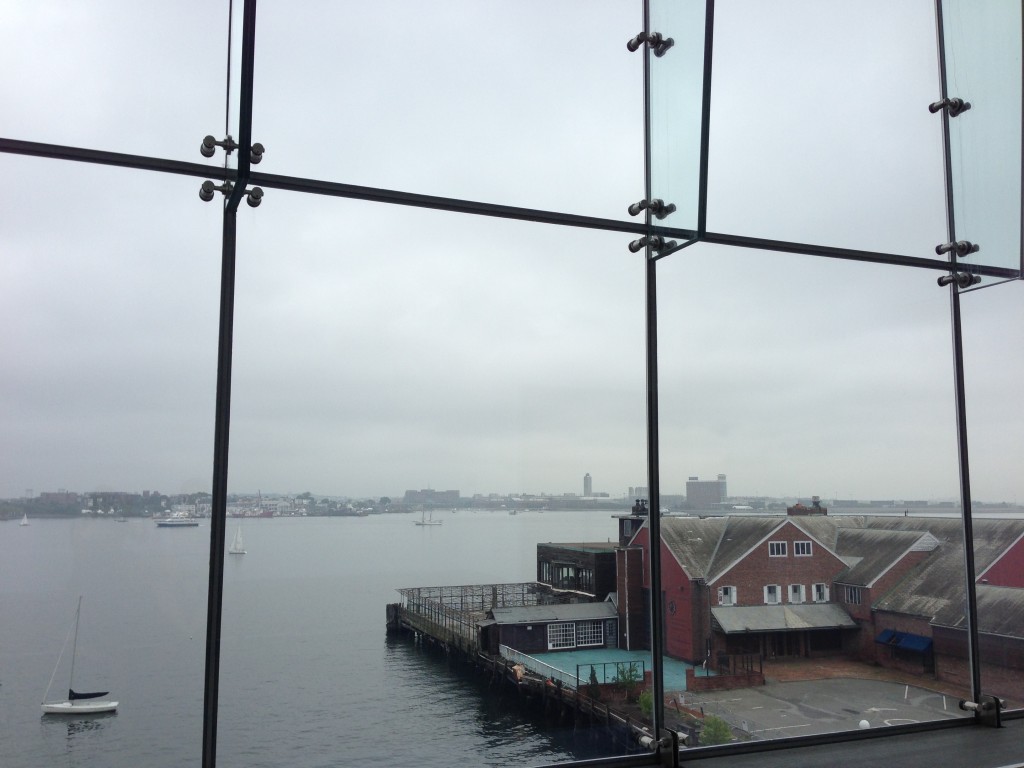 A friend on Facebook had recommended Regina’s Pizza, so we went there for lunch. Oh my word I’m still thinking about that meal. It was seriously the best pizza I’ve ever had, and I don’t think it was because I was starving. 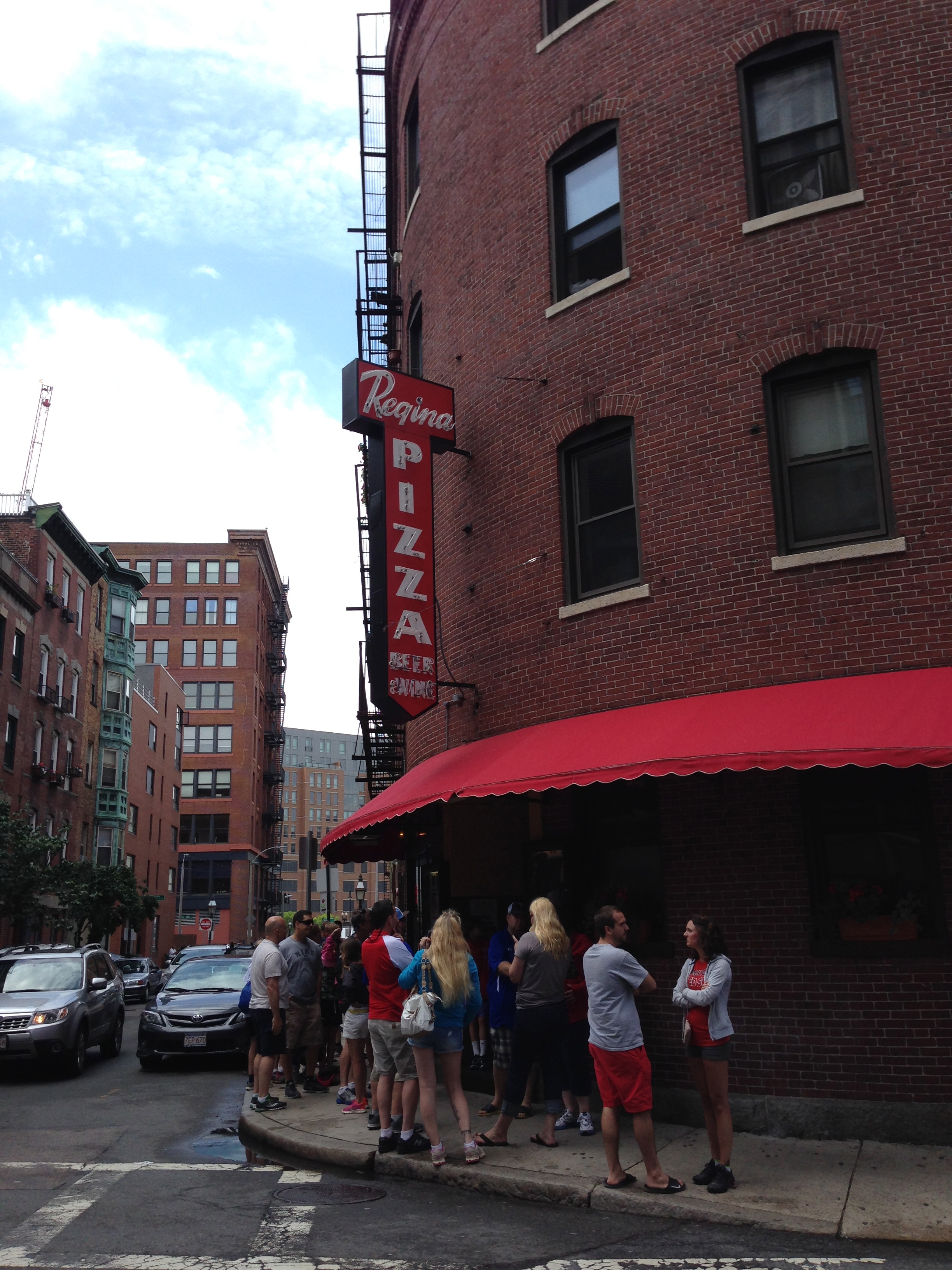 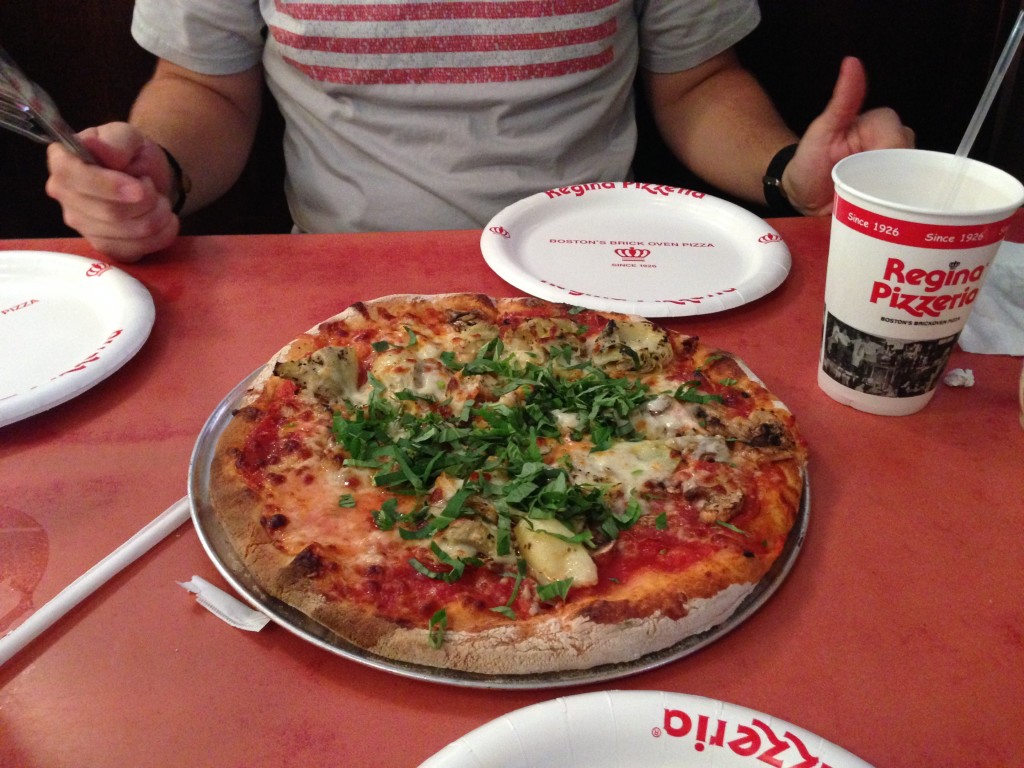 After eating the entire 10″ Classico (yep, we ate the whole thing), we walked around the North End and toured Paul Revere’s house. The weather started to clear up (yay!) and it was so nice to take in such a lovely and historic city. Having 70-degree weather sure helped. ;) 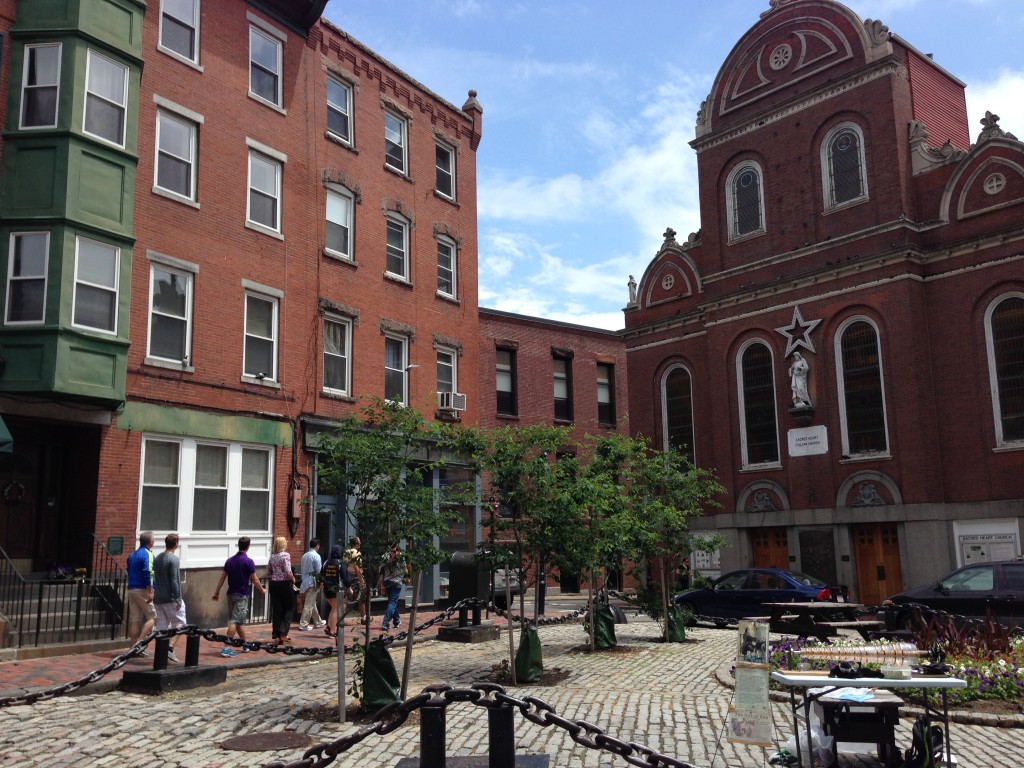 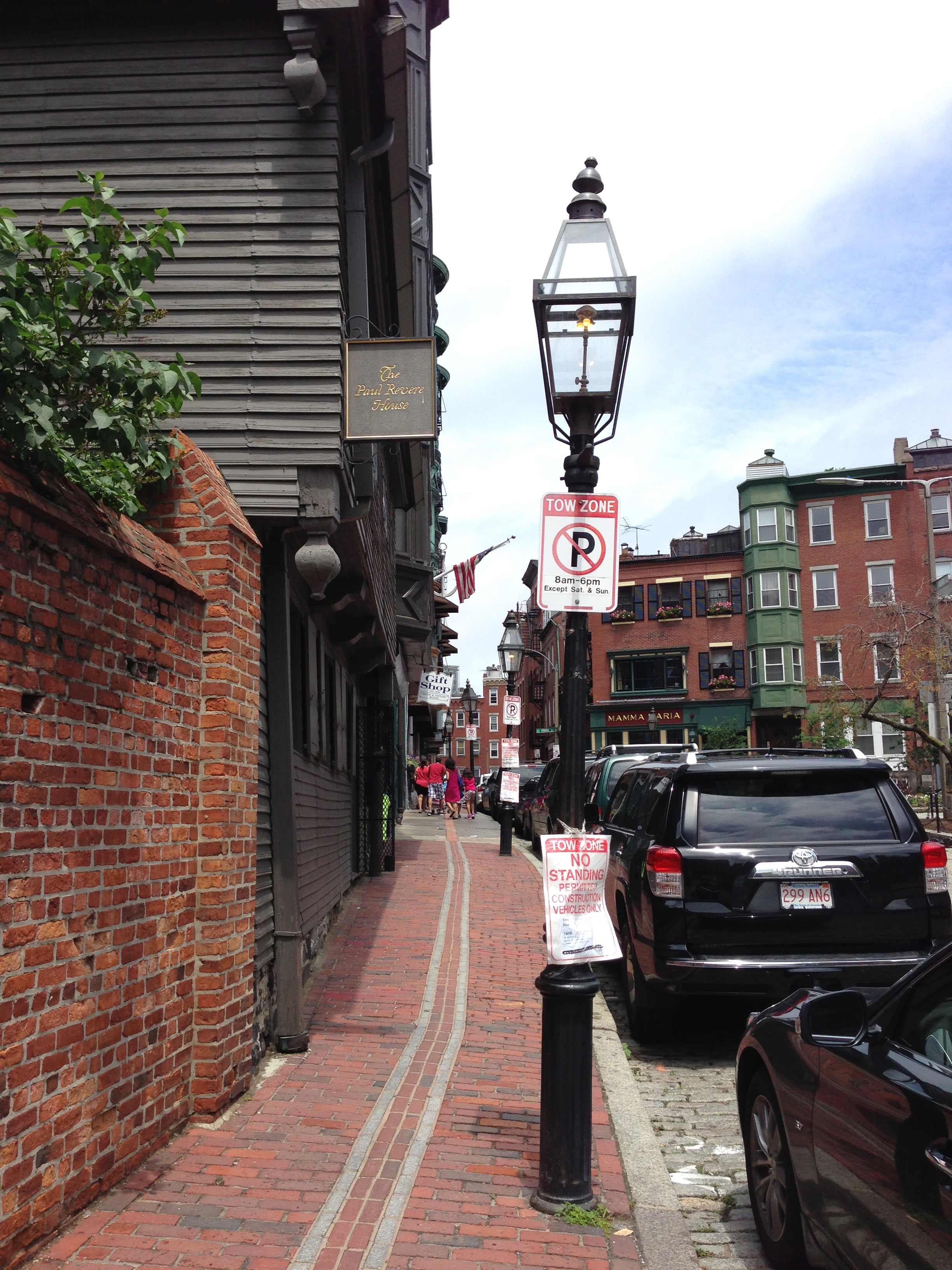 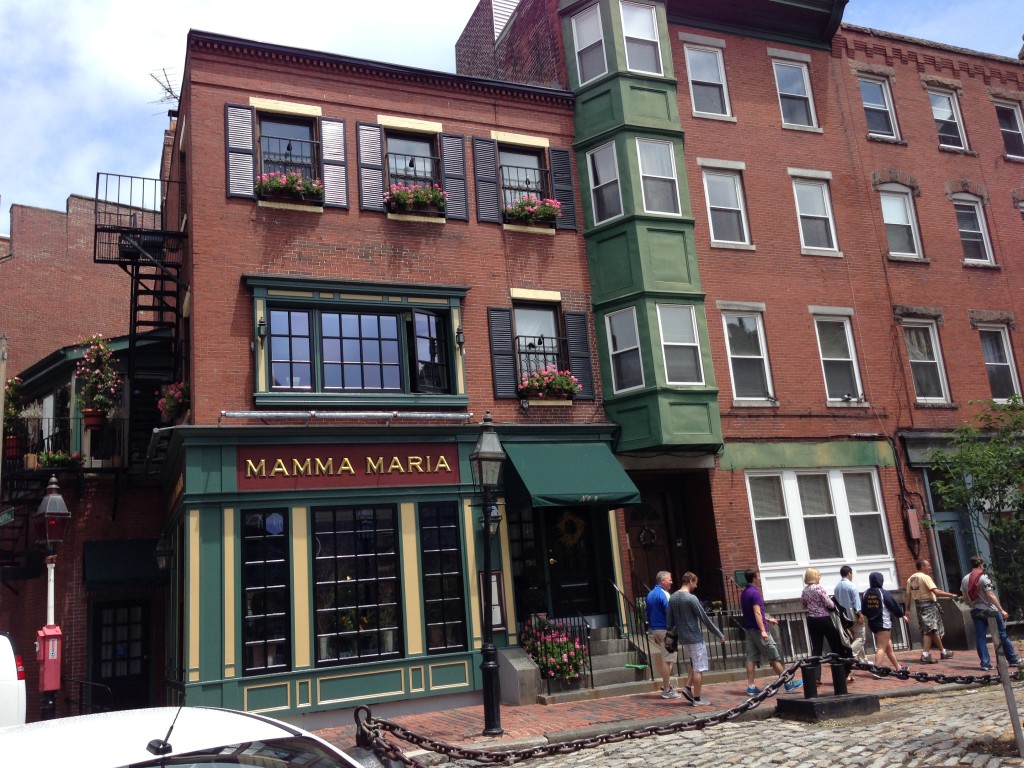 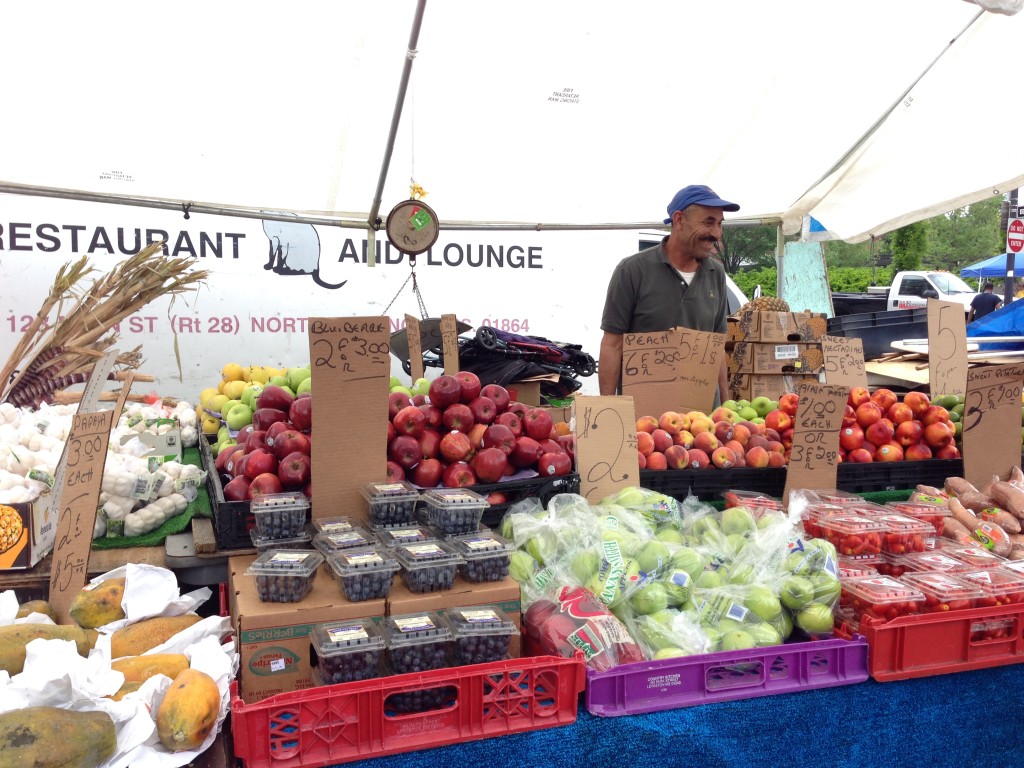 We took the subway down to the Museum of Fine Arts and toured its huge halls. It was a really impressive art museum! We only went to a fraction of the exhibits, but really enjoyed it. 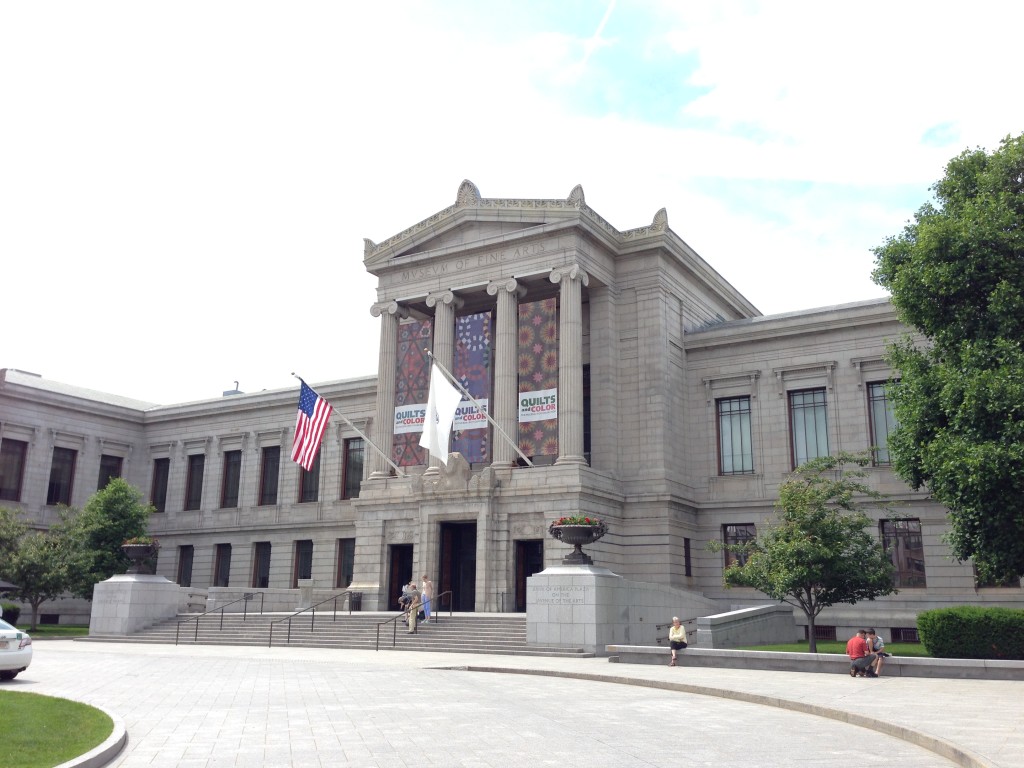 We got tickets to a Red Sox game for J’s birthday, so we walked a few blocks from the art museum to Fenway Park for the 4pm game. We had amazing seats near the third base… and it was really nice to finally sit after walking around town all day. :) Going to Fenway Park was on J’s bucket list, so he was like a little kid the whole time. Sadly they lost, but it was still a lot of fun. Nothing like going to a baseball game in the summer! 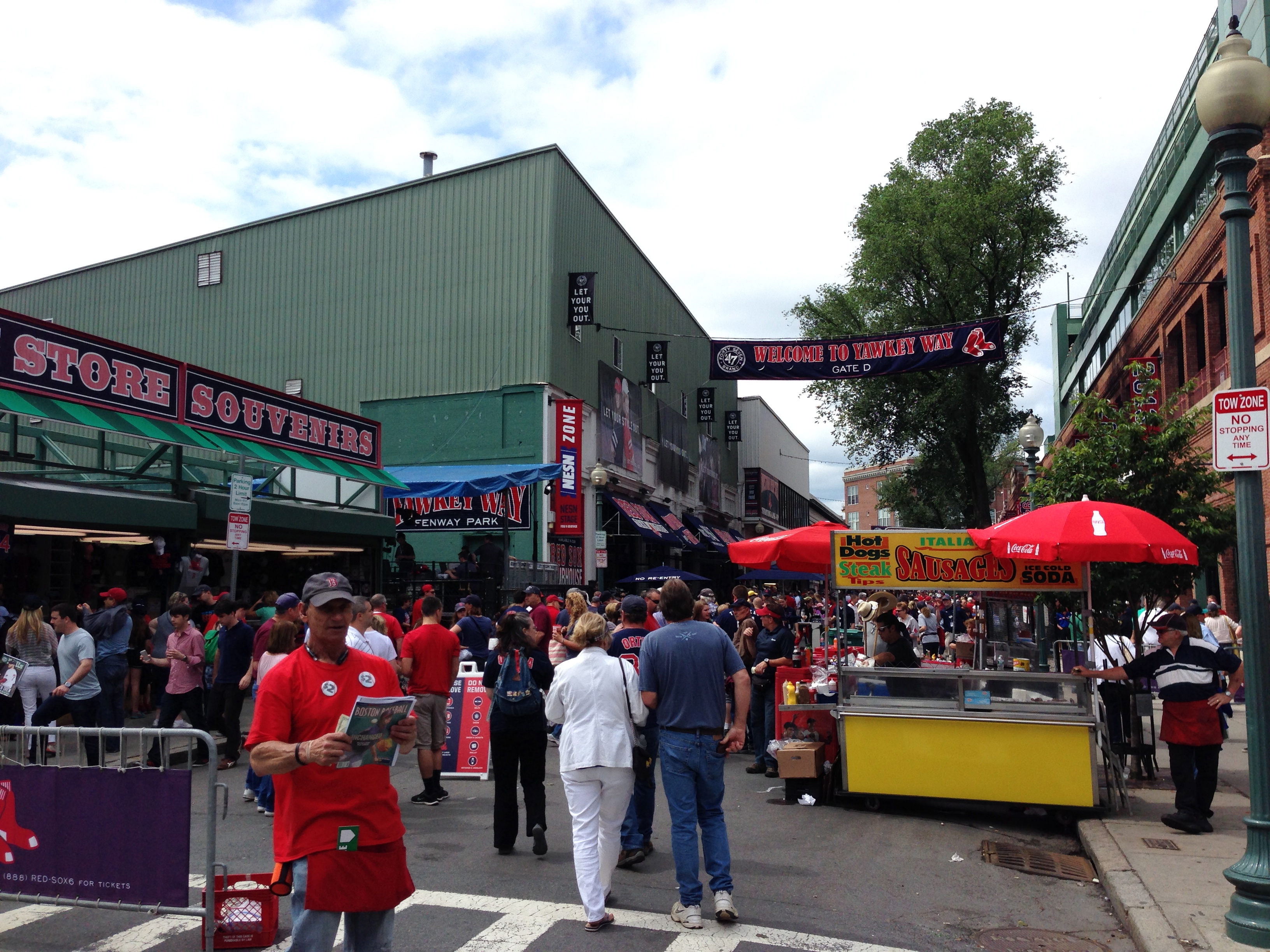 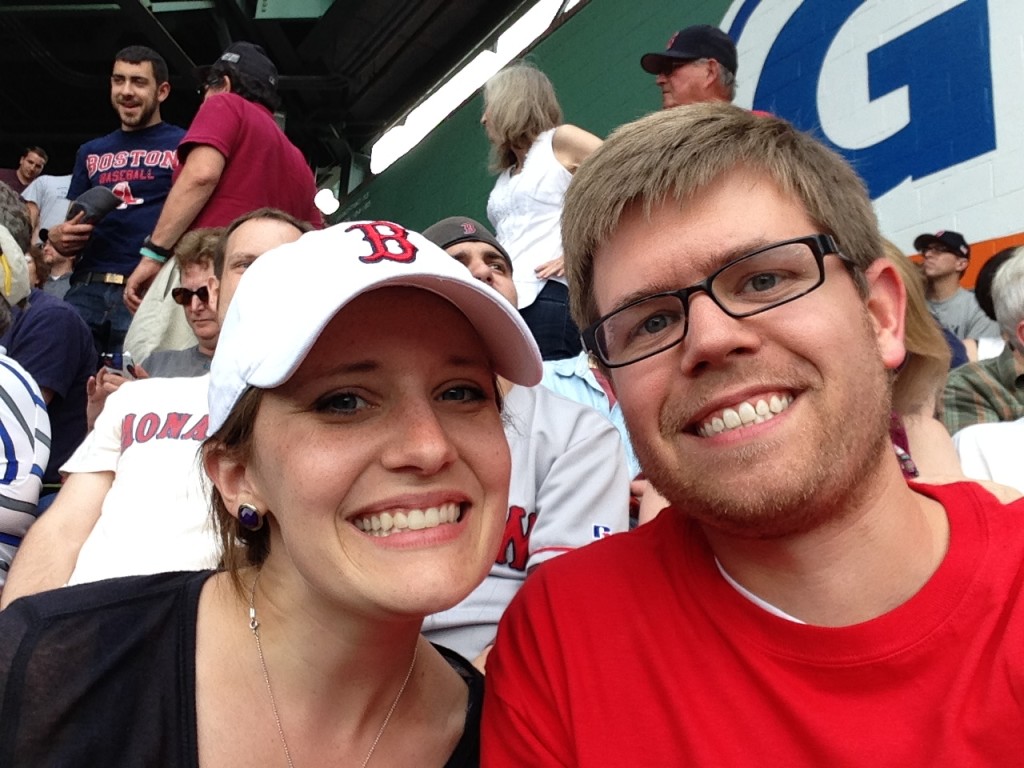 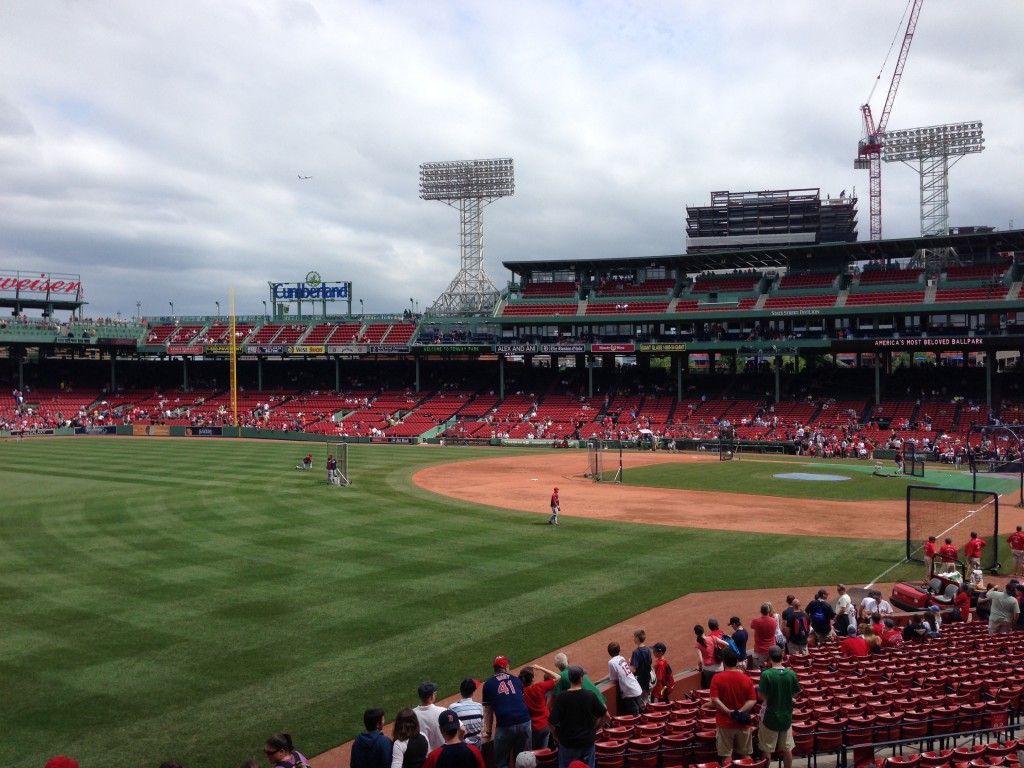 After the game ended we took the subway to Charlestown, dropped of our bags at our apartment and walked to Warren Tavern for dinner. It is one of the oldest pubs in America, and was so cozy and charming. 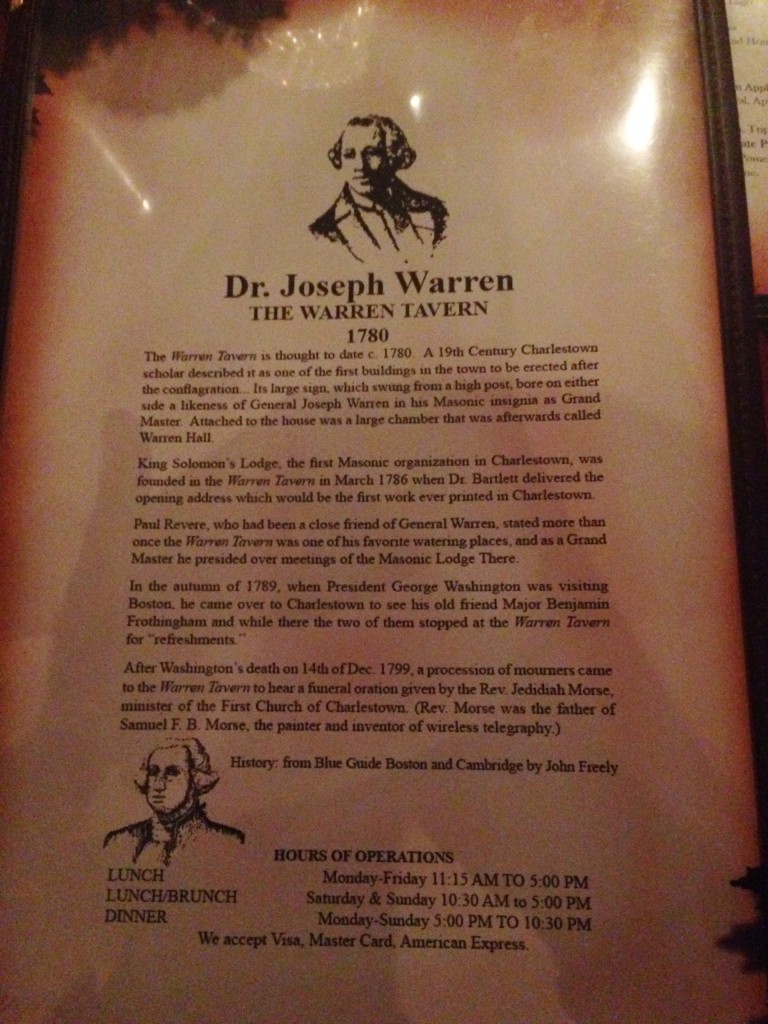 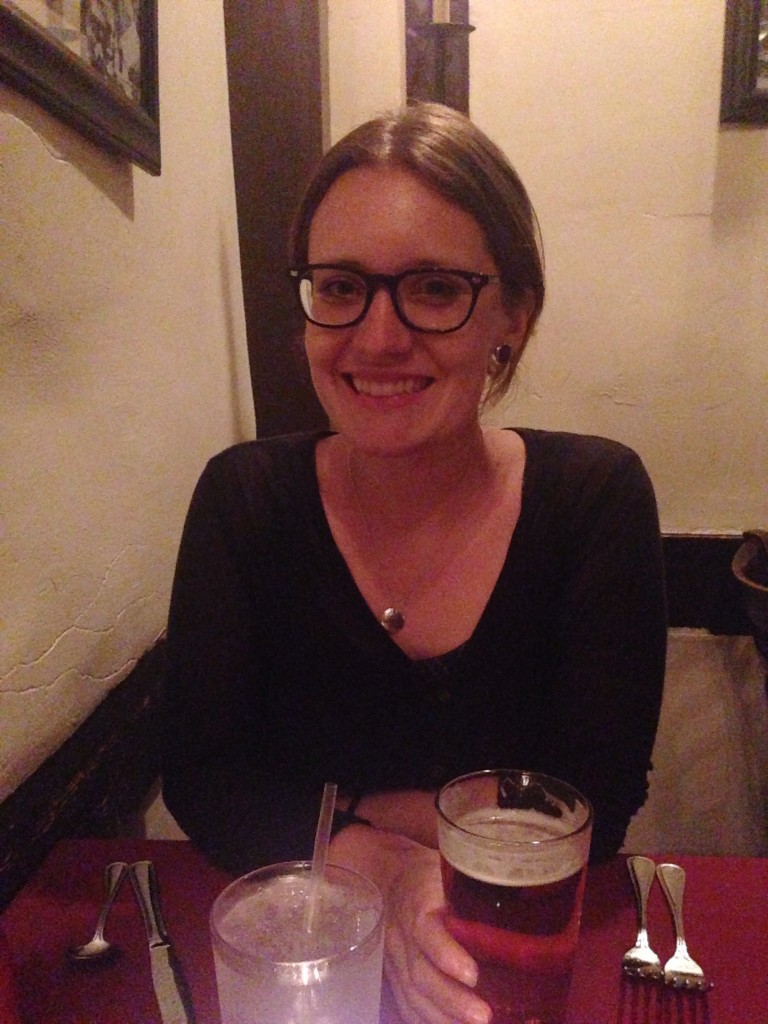 And thus ends our first day.