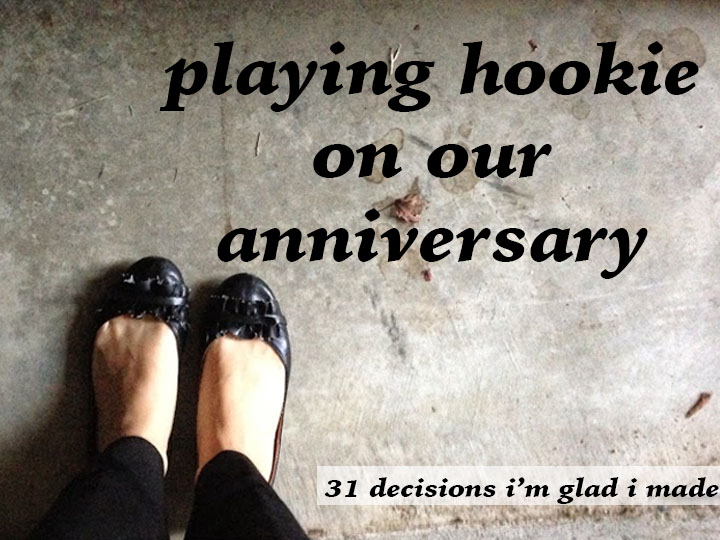 Life as an adult is largely uninteresting and filled with responsibility. So my philosophy is, if you find a moment that is unique and special, you gotta celebrate it.

I didn’t think I was an especially sentimental person until I got married and realized I could make up any celebration or tradition I wanted. As our first anniversary approached, we mulled over what traditions we wanted to set to celebrate our marriage. We thought of gifts, trips, dinners, etc., and finally landed on deciding to take our anniversary off of work each year and make that our annual tradition.

We have only celebrated our anniversary three years now, but April 9th has become my favorite day of the year. We do whatever we want, eat whatever we want, and the fact that we are doing all of it on a weekday is just magical.

It hasn’t always been convenient to take off of work (this year I was about to take six days off of work to travel to Haiti... not exactly the best time to spend galavanting across town for a day), but that’s kind of the point — we make a choice to set aside our work and routine for one day to celebrate being together.

If you are married, do you have any anniversary traditions?