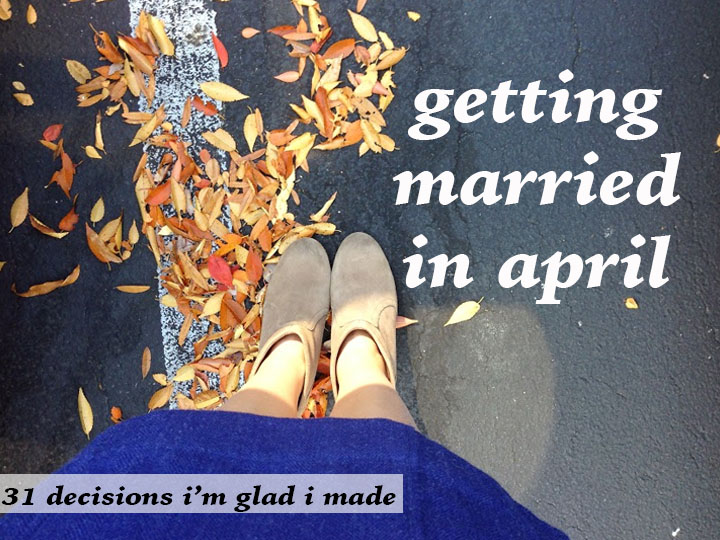 We got engaged on August 7, 2010, and immediately started planning the wedding. Initially we planned on an October wedding, since it would give us enough time to save and I love this time of year. But as we started to plan for something 14 months away, it felt like such a long engagement for two people who didn’t care for a big fancy wedding, and were really ready to be married right away.

So we decided to move it forward to April.

That next October, six months after we were married, we laughed at how relieved we were to have been married sooner.