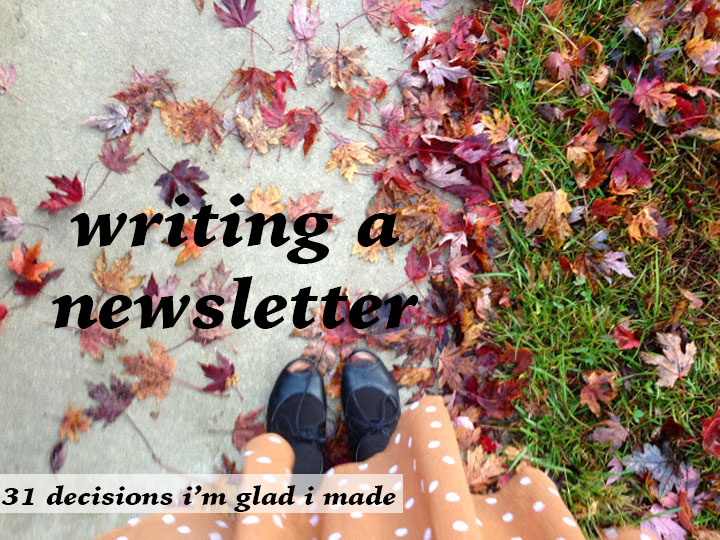 When I was in the 4th grade I decided to write a newsletter.

Why I wanted to make one, who knows.. maybe to keep up with friends that moved away? But either way, I had the idea and was able to pull it off, with the huge help of my mom.

First I came up with the content: A letter from the editor, guest stories from friends, a crossword puzzle, facts about the weather in different states. Fun stuff like that. I named it “U.S. Girls” (as in, short for “United States Girls”) which I quickly learned was often mistaken for “Us Girls.”

The next thing was figuring out how to lay out the newsletter. This was back in 1996, and during this process I discovered there was more to do on my “Macintosh” computer besides play the Oregon Trail. I have no idea what software we used (an early version of Microsoft Publisher?) but somehow I designed it on a six-page spread and saved my first issue on a floppy disk.

The next part was finding a printer. We shopped around a few printing places and landed on Kinkos. They gave me a bunch of paper samples and I remember feeling so special picking out what colors I wanted for the issues. What a thrill! You can also visit sites like https://www.printivity.com/booklets/saddle-stitched-booklets for more options.

Then we had to come up with pricing. We calculated pricing for a printer and stamps, and decided a six-month subscription would be $3. What a deal!

The last part, which was key, was getting subscribers. I sent out a letter to everyone I knew living far away, and somehow I ended up with over 50 subscribers! A few of those subscribers were cousins and friends, but my aunt brought in most of the support. She was so excited about the newsletter she bought a subscription for like 40 of her friends. I felt so rich!

Its circulation was about four issues before I decided it was a little too much work and I wanted to go back to playing outside with my friends and reading Mandie books (did anyone else read those?!).

I felt so guilty that I didn’t deliver the full six-issues people paid for, so I decided to donate the remainder of the money to a Christmas charity and informed all of my subscribers $1 of their $3 would be donated. I guess I didn’t know what profit was back then!

Here are a few pics of the newsletters I could find in all my childhood stuff: 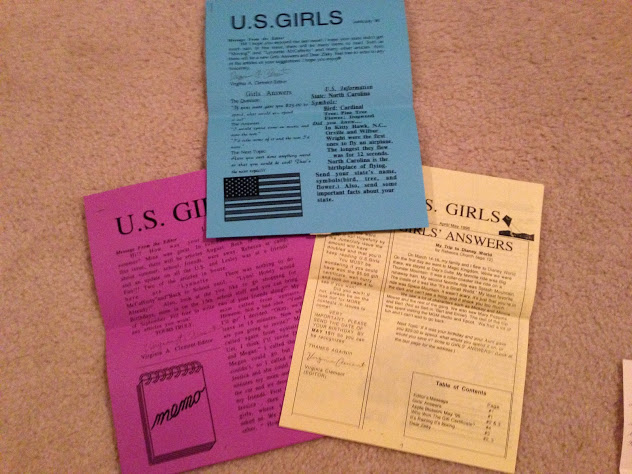 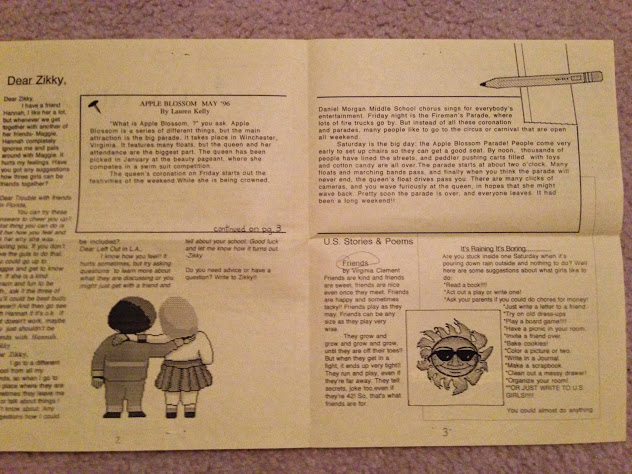 Looking back, I’m so proud of my little self for doing something so brave and new! I could learn some lessons from that nine year old.