Happy New Year, friends! I am slowly coming out of my holiday cave and easing back into routine again. Not an easy task! It was so nice to take a couple of weeks off of work to celebrate the holidays with my friends and family.

Before I dive into the new year planning and goal-making, I want to first reflect on this past year, what went well, what didn’t go well, and highlights.

What went well: It’s really easy for me to start the new year with a list of things I want to improve without acknowledging the positive changes I’ve made in the last year. If there’s one word I would describe 2014, it would be Focus. At the end of 2013, I really struggled with my time and how I was spending it. Today, my life is a lot more balanced. I am not any less busy, in fact I think I have added more to my weekly schedule, but every commitment I have brings me great joy. And I’m able to say no more easily to the things that aren’t as important. This mindset is what spurred my 31-day challenge on how to make decisions. I also developed a habit of exercising regularly, even if it’s just a walk on my lunch break. I am learning that physical activity is something my body craves in order to feel whole.

What didn’t go well: I only finished a fraction of my goals, and rarely touched this blog. The beginning of the year was extremely busy (see April, May and June below), and I realized during this time that I probably need to scale back on what I say yes to. Looking back I don’t know what I would have cut out, but maybe if I had planned better it wouldn’t have been quite so draining. I also didn’t grow a garden or really pay any attention to my yard for most of the year, did not maintain healthy eating habits, and found myself constantly thinking about what others think of me. All of these things I really wanted to work on. But progress is better than perfection, and I’m thankful for the little baby steps I’ve taken in each of these areas.

God has definitely been working in my heart this past year, and I find myself feeling like Jacob, wrestling with him on a few areas of my life. I saw in so many different ways the brokenness of this world, and it makes me long for heaven each day. I’m hoping in the next year God will continue to teach me about his kingdom and know him better to trust him more fully.

Now, for the years’ highlights by each month: 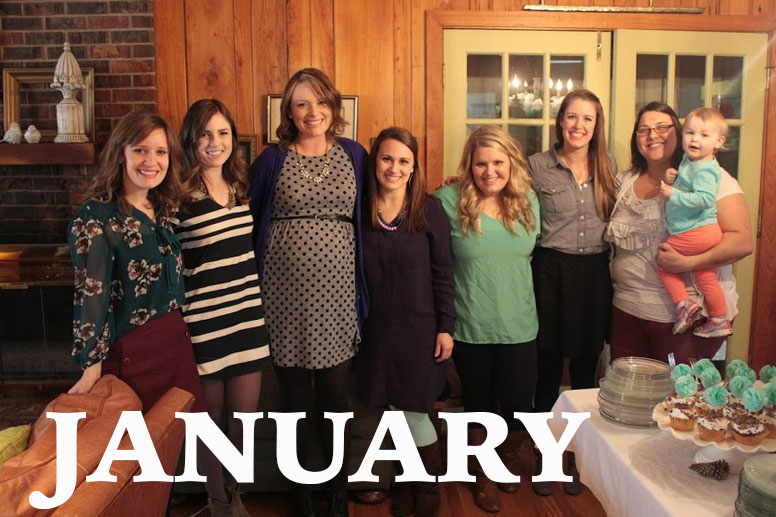 January | The beginning of the year started off very cold! In fact some schools were delayed in Wake County because it was too cold for the kids to stand outside (only in the South!). I started a paleo-only diet, which was hard, but a good jump into the new year. I started working out at a yoga studio, and tried to take at least two classes a week. Two of my dear friends had baby showers this month, and it was so fun to shower them with gifts and love for their baby boys due in February! 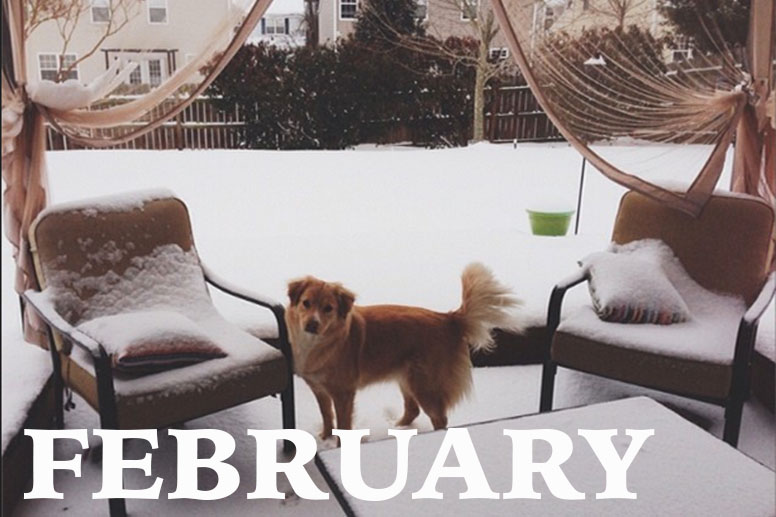 February | We hosted a super bowl party and my cousin stayed with us for a few days while she was interviewing for Duke’s MBA program. We had a pretty big snow storm (for Raleigh), which resulted in an intense day of traffic jams across the Triangle, and my sister inlaw Katie was snowed in with us. My friend Allison’s baby Owen was born, and a day after he was born we learned he had a serious heart condition. The last weekend of February I went to Atlanta to meet him and be with my friends as they dealt with this sad news. 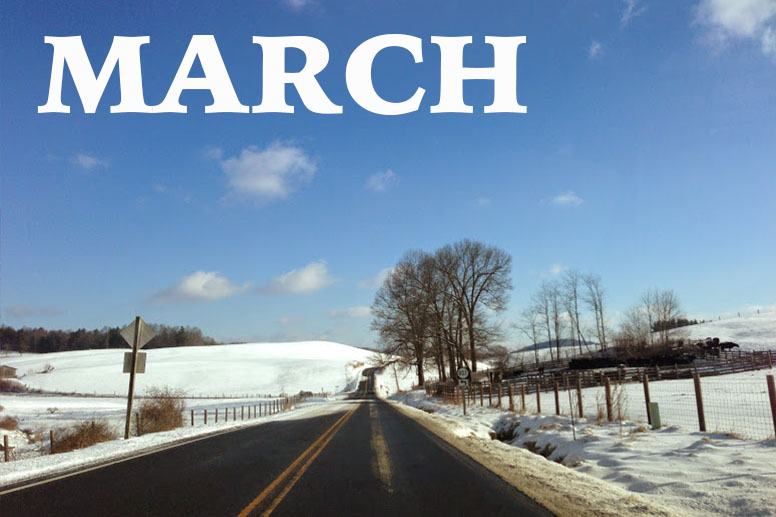 March | March was hard, as my friends’ baby was in the hospital the entire month. I felt very helpless during this time. I took a lot of yoga classes this month, and would spend that time praying for Owen. My friend Julie had her baby at the beginning of the month, and I celebrated my dad’s 60th and my sister’s 30th birthday in Charlotte, and hosted my family for my other sister’s 27th birthday. During this month I went to Blacksburg, VA, for work (pictured above). 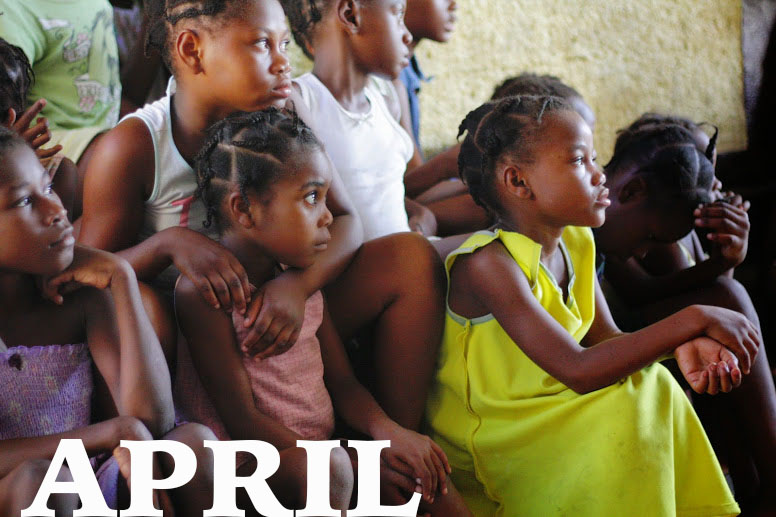 April | Owen’s health declined in the first week of April, and passed away on April 7th. It was such a shock, and pretty much rocked my world. We went to the funeral the next weekend, and two days later I headed on a plane to Haiti for a week. My trip to Haiti was incredible, and truly a life-changing experience. I went from the luxurious first world of Raleigh to the slums of Haiti in just six hours. We also celebrated our third anniversary this month. 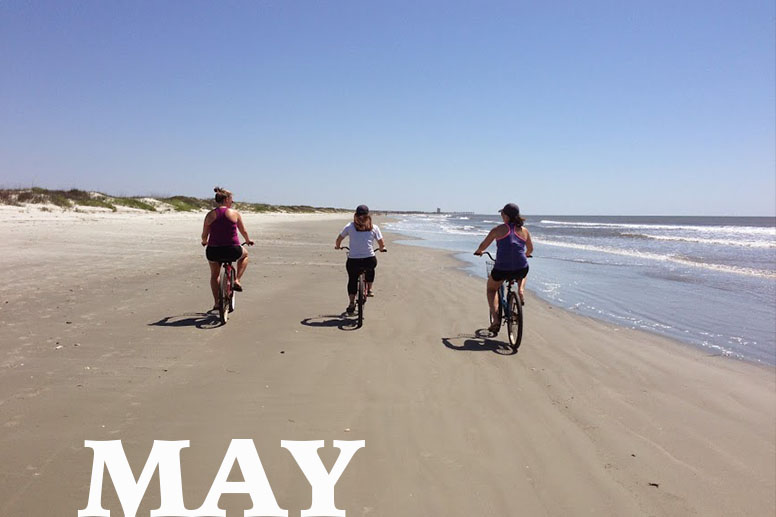 May | May was a bit of a blur. The first weekend we went to Hillsville, VA, with my family for a relaxing weekend away. The next weekend we went to Knoxville, TN with J’s family for a wedding. The following weekend I went to the beach with Allison, Carrie and Christen — the weather was gorgeous! We were in town for Memorial Day, and it was a much-needed three-day weekend after I had been out of town for six weekends in a row! We also hosted a cinco de mayo party, went to a reunion potluck with my Haiti group, and had our interior walls painted. 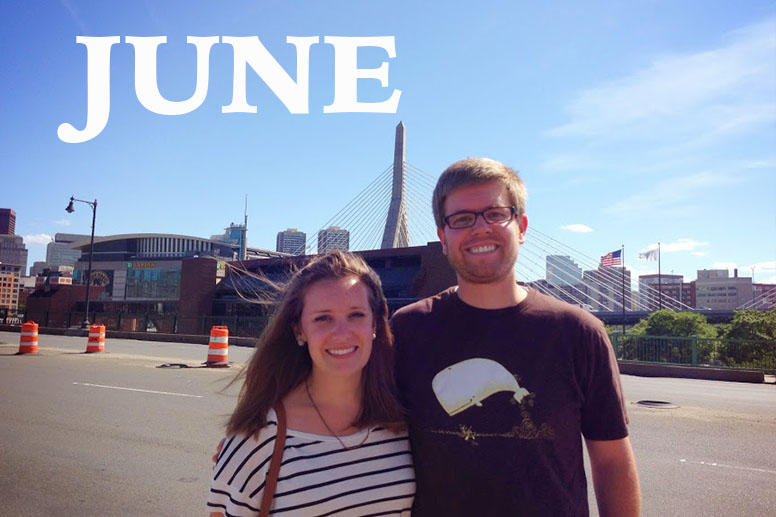 June | June was my favorite month of the year. We went to Boone the first weekend to celebrate J’s 29th birthday with our friends Brady and Austin. Then we took a trip to Boston and toured the city for three days. I just love traveling! My sister Lucy started dating Adam this month, and they spent a weekend in Raleigh, and pretty much spent the whole time playing Dominion. It was so fun! 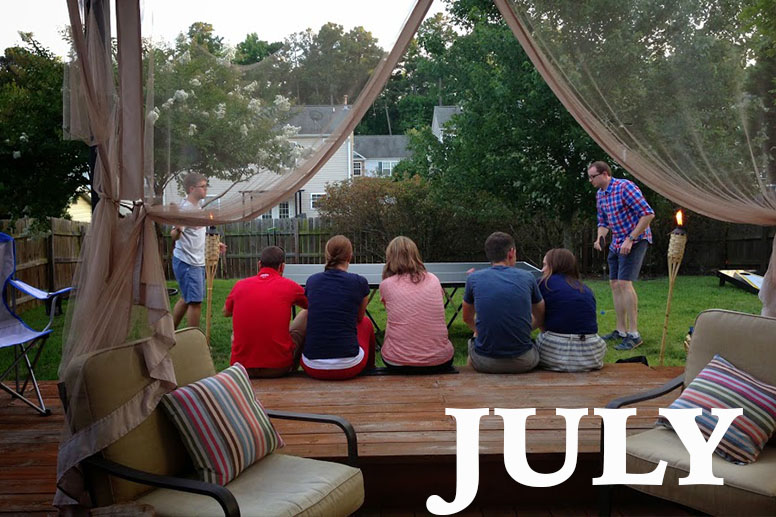 July | We hosted some friends in town for July 4th. During that weekend Allison, Carrie and I decided to go on the Whole30 diet, and pretty much consumed my mind for the next 25 days. We went to Charlotte for a family reunion, and celebrated my mom’s birthday in Greensboro. My friend Melissa helped me add wainscoting to our dining room, which took two weekends to finally finish! We also hosted J’s friend Reynolds many weekends over the summer, since he was in town. 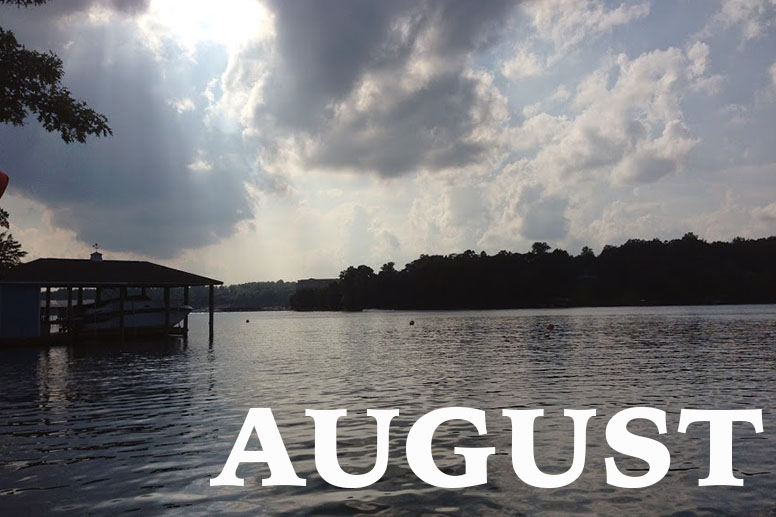 August | The first weekend in August we drove to Athens, GA for a family reunion with J’s family. It was so great to meet so many people I had heard about for years! J went to Smith Mountain Lake with some guy friends one weekend, (which resulted in a ruptured ear drum), so I went to my parents’ annual Mardo Staycation without him. Over Labor Day we went back to the lake with our couple friends and their daughter. Also I think everyone who has access to Facebook will remember August 2014 as the month of the ALS challenge. 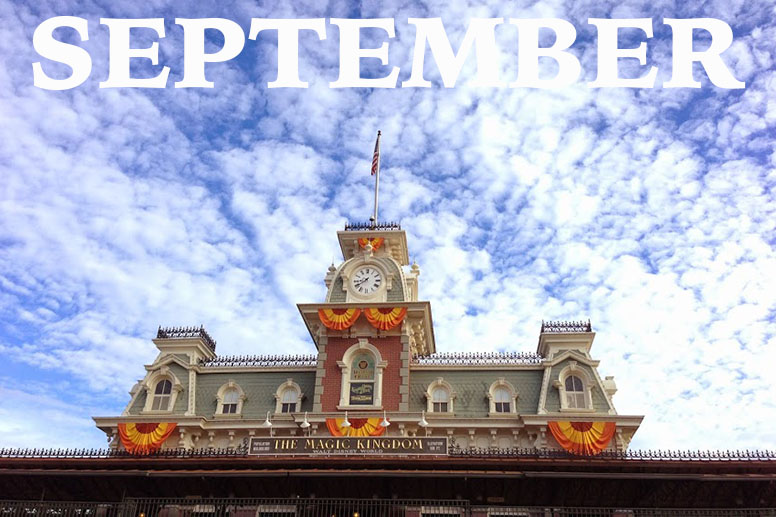 September | This month we spent a week in Disney World with my inlaws. What a fun trip! We went with J’s family and their family friends. On the way home my older sister Carrie called to tell me she was pregnant!! Best news ever! As the summer came to an end, our small group began to meet weekly again, and the girls in the small group started meeting every Friday morning before work. I also started meeting with three girls every other Tuesday night. Our air conditioning broke during this month and it was HOT. Also, I turned 29. 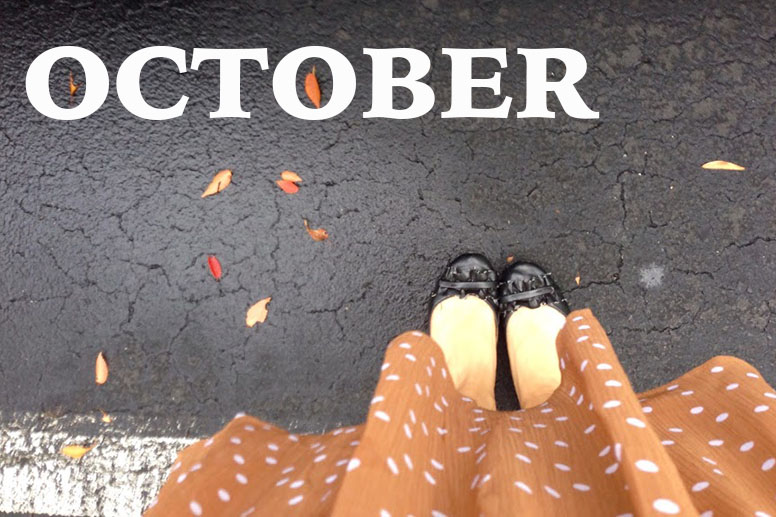 October | I had two girls weekends this month — the first one with my Hamilton Lake girls, hosted at my house, and the second one in Charlotte with some friends from college. I was training for the Savannah Half Marathon in November, so I did a lot of running this month, including participating in the Bull City Race 5 Miler with some friends. We hosted a pumpkin-carving party, and celebrated halloween at home. We also ordered a new dining room table! 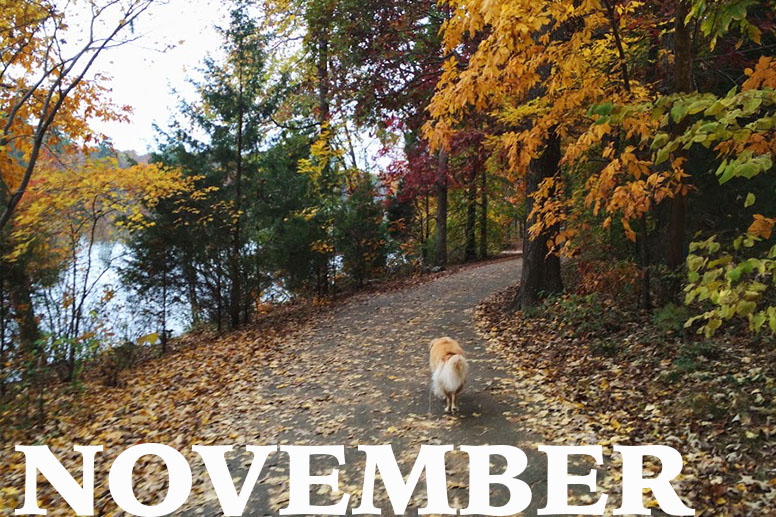 November | I didn’t end up running the Half Marathon in Savannah, but am really happy I had trained for it during the fall. My parents came to town one weekend to help plant bushes and flowers in our yard. I attended the Internet Summit conference with work, and we voted in the mid-term elections. Lucy and Adam stayed with us for one night, and played more Dominion. :) We went to my family’s for Thanksgiving, which was hosted at my uncle and aunts in Winston-Salem, and went shopping on Black Friday with my sisters and brothers in law. The Saturday after Thanksgiving J and I went to a Relient K concert. 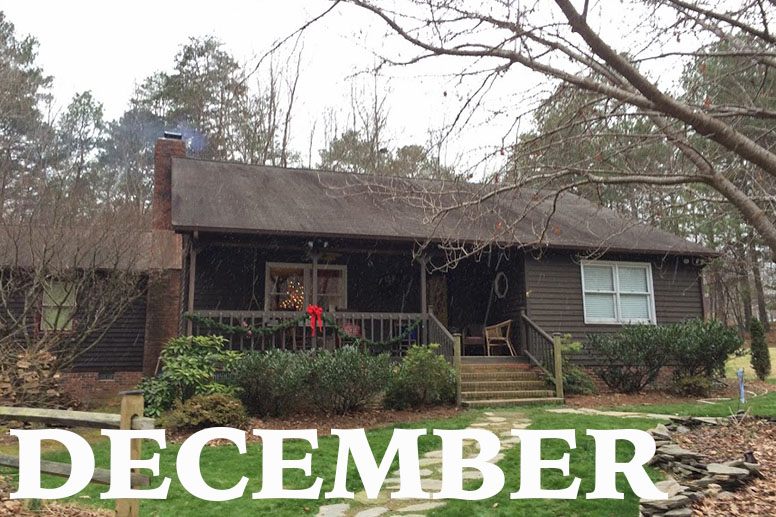 December | Ah, December! I already miss my house filled with the lit tree and all of those sweet treats! Normally Decembers are crazy busy, but we managed to keep things pretty minimal this year, at least in the beginning of the month. My sister Lucy got engaged the first weekend!! We also celebrated our friends’ graduation at a Japanese steakhouse. One Thursday evening I went shopping with J’s sister and mom and then out for appetizers and drinks. Since we were with J’s family on Christmas Day, we celebrated early with my family the weekend before, mixed with dress shopping and an engagement party for Lucy. We spent Christmas in Cary with J’s family, and went to Duke Hospital on Christmas Eve, serving food for those in the hospital over night. We celebrated the new year in Charlotte with our friends, ringing in the new year with yummy appetizers, a photobooth, and a hilarious game of Quelf (anyone played this silly game?).