I found out I was pregnant on our fourth anniversary and lost the baby five weeks later. 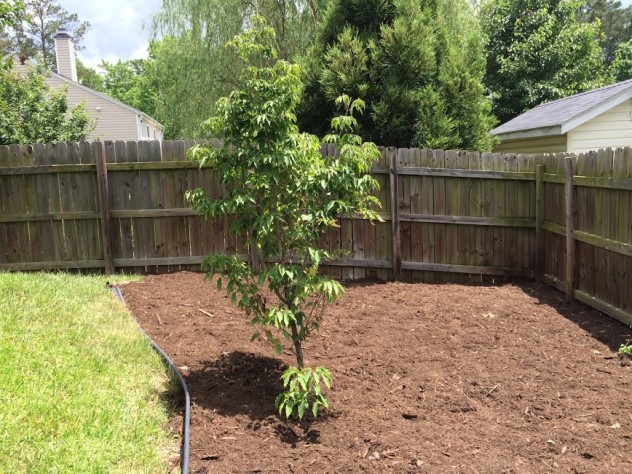 Miscarriages are such a strange and terrible event. You don’t announce your joyful news in the beginning for fear that something like this may happen — but when that horrible thing happens, what do you do? How do you keep something so traumatic from the people around you?

It probably takes more courage to keep something like this private, but I want to share because this little life is important and I want it to be remembered. Plus writing is healing for me, and maybe someone needs to read these words and know they are not alone.

So here’s the story of our first baby.

I found out I was pregnant on Thursday April 9th, our fourth anniversary. I was a few days late and decided to take a test that morning without telling J. If it were positive — oh the joy! our anniversary! — and if not, well then I could have wine at dinner.

We always take the day off for our anniversary but that morning J had an early men’s bible study thing at church, so I woke up alone. I took a pregnancy test and then hopped in the shower.

When I got out out of the shower and saw “YES” on the pregnant test, I lost it. The shock, the denial, the joy. It was too much! Too good! I couldn’t handle it. In disbelief I chugged a bunch of water and took two more pregnancy tests.

J didn’t get home for another hour, which at the time felt like an eternity, but looking back I love the sweetness of that time. For that hour the baby was a secret that only God and I shared. (Well, and Leia who was blissfully ignorant of anything I exclaimed to her.) What a privilege to be a mother!

Finally J got home and I told him to open an anniversary present. He gave me a hard time about getting him something, since we agreed not to exchange gifts, but I assured him it was something very small.

I had set up our video camera to film his reaction opening the gift — an Appalachian State onesie — and it was priceless. In the seven years I’ve known him I have never seen him that excited. We both laughed and cried and couldn’t believe it.

We spent the rest of our day telling our parents and siblings over the phone or in person (cue the elation and European baby jokes). Our due date was December 17th. Our little Christmas present.

Three weeks later I came home from a jog and noticed some spotting. Immediately I freaked out and thought the worst. I was seven weeks pregnant and wasn’t scheduled to see a doctor for another week, but was able to get a last minute appointment the next day.

My body was shaking with worry on my way to the radiation room. They did an ultrasound and we saw the heart beat! Life!! But the practitioner was concerned about the size of the baby and the enlarged yolk sac. Given these conditions, she said the baby had about a 30% chance of living and to come back for my 8-week appointment the following week.

It was not great news and we were concerned, but tried to remain hopeful.

I had purchased some maternity shorts earlier that week (there was a sale), and the afternoon after our appointment I ripped the tags off and threw away the receipt in an action of faith and choosing hope. I saw the heartbeat! God is so much bigger than 30% statistics!

I spent that next week waiting and resting and praying. By our appointment the next week I had so much peace. We went back to the room for our ultrasound and everything looked great! The practitioner was amazed at how well the baby had grown in a week! We heard the heart beat and I was in love. It was a miracle how much the baby had improved, and we were so thankful.

The following Wednesday I got a surprise call that my sister was to be induced the next day. Ahhhh!!! I was going to be an aunt!! So I took off work for the next two days and planned to go to Charlotte early Thursday morning.

I woke up the next morning with some pain and heavier spotting. I was worried, but tried not to think about it and drove to Charlotte. The rest of the day was amazing! My sister is a rockstar and gave birth to a baby girl around 1:30 pm. It was one of the most incredible days, and I am head over heels in love with my precious little niece. 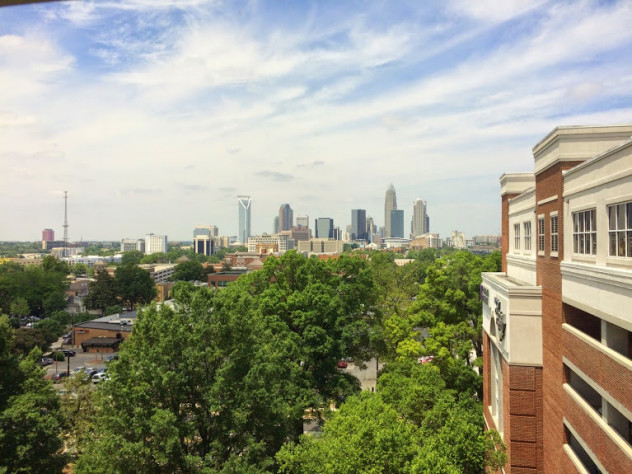 I stayed to help and love on the little babe until Friday afternoon. I was still having pain and bleeding, but the arrival of my niece was such a beautiful distraction. On my drive back to Raleigh, when I was alone and quiet, I finally admitted that something was wrong. You aren’t supposed to bleed and have painful cramps… isn’t that the one perk of pregnancy?

Saturday brought more pain and more bleeding. I tried to take it easy and not worry, but by the afternoon we were getting concerned. I called the after-hours nurse to see what they advised, and after 15 minutes of questions assessing the situation she asked where my nearest hospital was because I needed to go to the emergency room.

We went to two ER’s (the first had a 6-hour wait), and eventually were admitted to the second. We were in there about four hours for tests and exams and ultrasounds and a lot of waiting in between.

Finally the physician assistant (who looked like he just graduated medical school) came in and told us the baby didn’t have a heartbeat and I was having a miscarriage.

He said other things, but as soon as I heard the M word I started weeping. The PA apologized and opened all of the cabinets trying to find tissues for me. He left to get some, and J and I cried together in that horrible sterile hospital room. The awkward PA came back (still without tissues!! J and I laugh about this now), and told us more things I can’t remember. I just wanted to get out of there. A nurse came in and took out the IV and gave us paperwork. FINALLY we were discharged and went home.

What do you do after getting this news? We were devastated. We went home and cried in the was-to-be nursery. We prayed and thanked God for the few weeks we got to experience this miracle. We called our parents. It was just two days after my sister gave birth and the timing was bizarre and awful. A harsh reminder of the joy and sorrow that is closely woven in this world.

I wasn’t sure what to expect, but the next day I passed the baby. It was painful and awful and over.

Since then, we’ve been trying to figure out how to deal with this heartache. My mom and J planted a dogwood tree in the backyard in its memory. 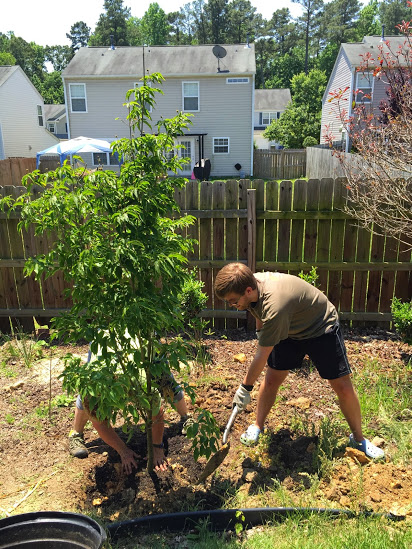 It’s hard to imagine peace after a tragedy, but God really has given me that unexplainable peace.

I made a list of all that I have to be thankful for, and the list is so long:

God is close to the brokenhearted, and that Love so near.

Thanks for letting me tell my baby’s story. I have so much faith I will meet this Heaven Baby some day.