I sat down to write Molly’s birth story and realized I couldn’t share it without sharing about her buddy Miles. So this is the story of Miles and Molly. It is a story about answered prayers.

I found out I was pregnant January 2, 2017 with a September 7 due date. After the shock of finding out I was pregnant with an eight month-old baby scooting at my feet, the next thought was who I was going to share the news with and when.

My heart sank when I thought of sharing yet another baby announcement with friends who had been trying to be parents for years, specifically our friends Becca and Brian. Year after year I watched as Becca and Brian have struggled and waited to grow their family with no luck. As excited as I was about our news, I was so sad to have to share yet another pregnancy with them.

So I started to pray. 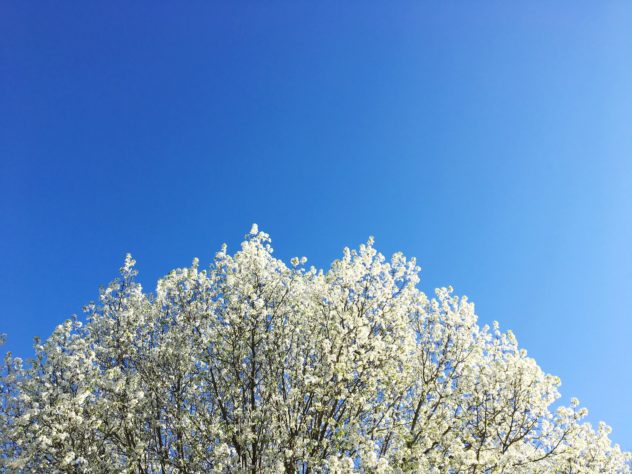 Fast forward to April: I hosted a party for L’s first birthday and her smash cake was dyed pink to reveal that this little September baby was a girl. At that same party Becca and Brian announced to our friends that they were in the process of adopting a baby. We were thrilled! It was the beginning of seeing my prayers start to answer. It still felt pretty far off that they would be matched by the end of the year, but I was starting to get excited that this wild prayer may happen.

The Fowler’s spent their summer filling out adoption paperwork, and I spent mine trying to make it to September in the heat. I went into labor with Lenora a week early, so I was ready like a month early with Molly thinking she would come at the same time, if not sooner.

But my 39th week appointment came and went, and still no baby. Labor Day weekend came and the labor jokes were plentiful. I was getting so frustrated and antsy.

Why wasn’t she coming yet? 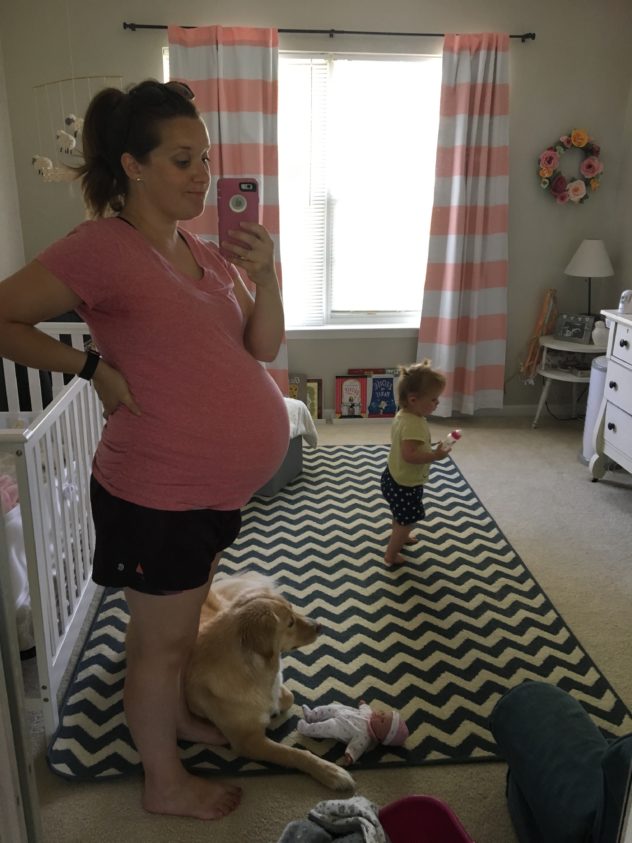 On Tuesday the 5th (exactly a year ago), I got a call from Becca in the morning. She made no small talk and basically went right into it: they found out that they had been placed with a baby boy and were going to pick him up in two days. What in the world! I was trying to process this news. They had just arrived in Florida for a week-long vacation and basically turned around and were on their way home.

And then I realized why Molly hadn’t come yet: I needed to help get everything for their baby!

I knew very well how crucial those nine months are to prepare both emotionally and physically for a baby and I couldn’t imagine how overwhelming it must be to find out you are going to be parents just two days before! I told them not to worry about the physical stuff, and I would do what I could to get as much as possible.

I was a part of a few private mom groups on Facebook, so I shared that my friend was going to become a mom in two days and asked if anyone was willing to donate anything for them. And of course, like the generous tribe that motherhood is, dozens of replies came in: women all across the area were willing to donate any and everything. Bags of baby boy clothes, bottles, toys, changing pad, crib mattress, swaddles, swings. I spent the two days coordinating and traveling across the area, picking up baby supplies off of generous people’s porches. It truly was so much fun to gather everything!

We dropped everything off Wednesday, and Thursday morning September 7th (Molly’s due date) the Fowlers met their son and brought him home. That evening Jeff and I brought them dinner and got to meet Miles for the first time. I wasn’t feeling great, but I wanted to see this little miracle we had prayed for for so many years. I was holding him for a few minutes, and then asked if I could give him back because I thought maybe I was having contractions. 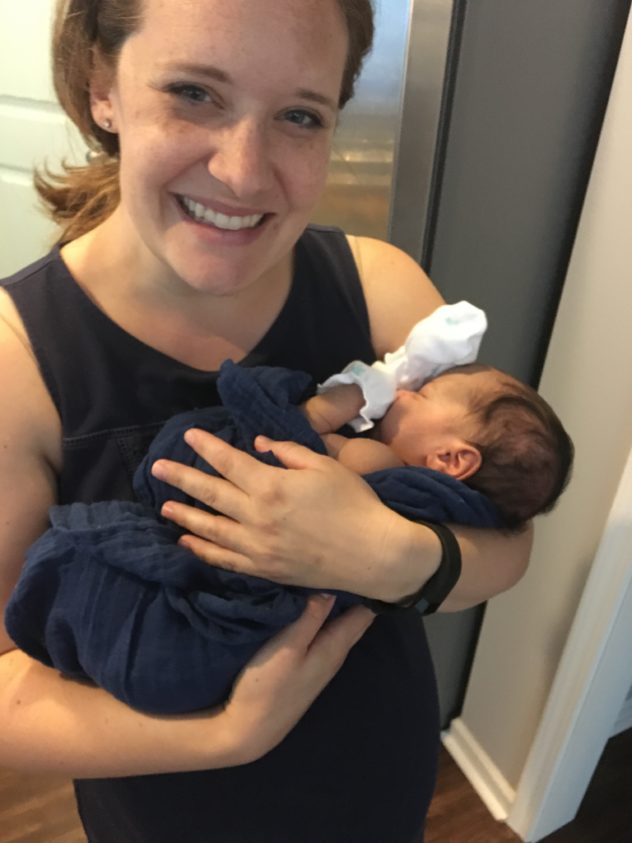 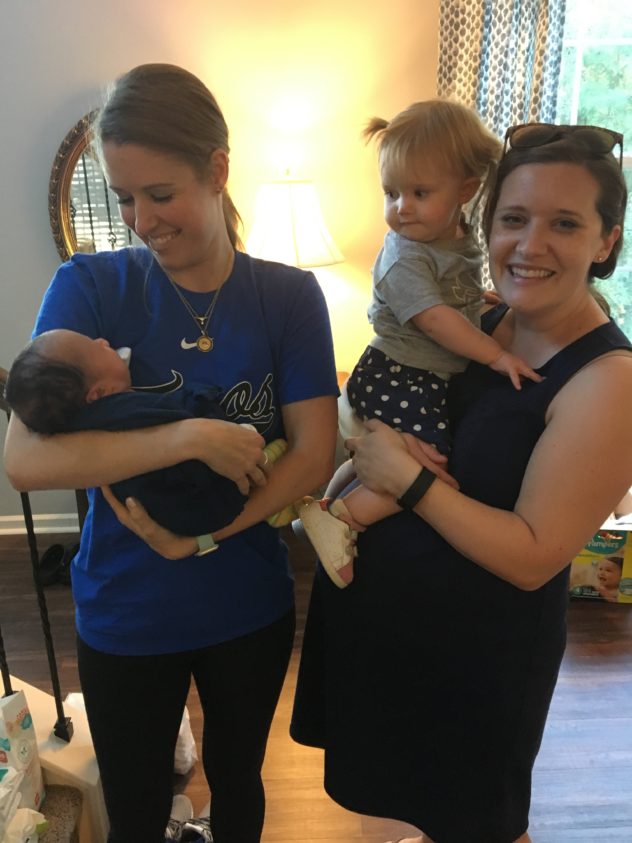 Active labor started right after we left their house, I went to the hospital a few hours later, and Molly was born the next morning.

Most of the time in this world, we rarely see the big picture of how God works. We see the narrow, the now. But through Miles and Molly’s arrival, I got a tiny glimpse of how beautiful God orchestrates the good in this world. I got to witness how intricately He knits beautiful stories together.

God knew all along when Molly would come — she was just waiting until her buddy Miles came home. And it was well before the end of the year like I had prayed for. 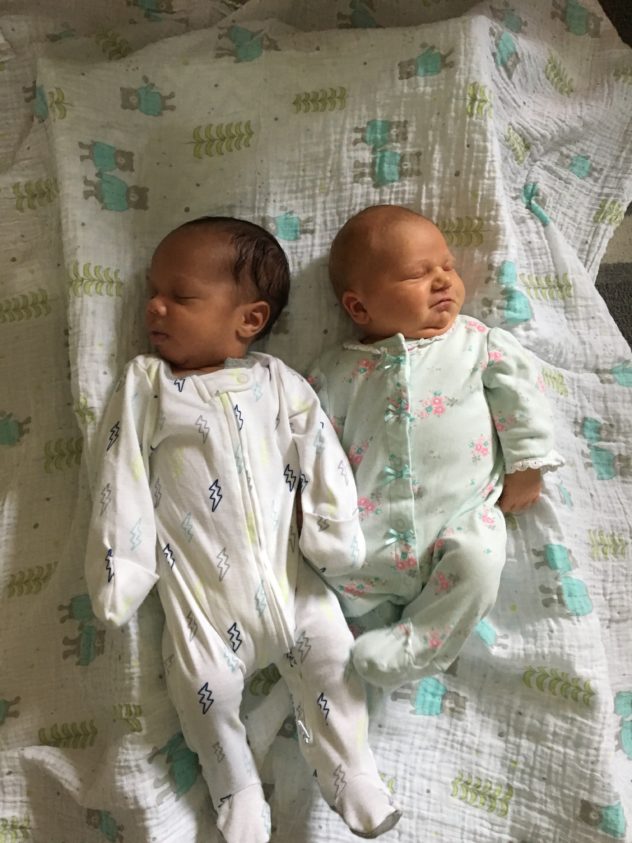